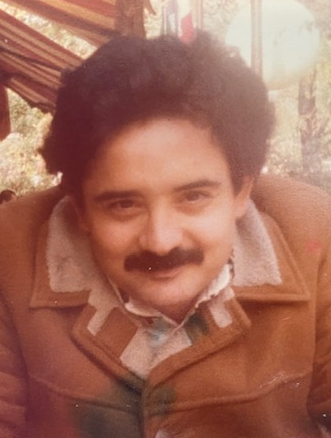 ﻿ Dr. José Antonio Sosa- Roche was born on All Saints Day, November 1, 1946 in Mérida Yucatán México. He spent his youth and formative years, in Campeche, Ciudad del Carmen and his beloved Mérida. He was an avid runner, spending much of his time chasing the waves on the beach he would always call home, Progreso. True to form, he lived up to his nickname El Tigre Pitus, by causing mischief and adventures with those who would become friends for life.

He was a lifelong learner and graduated from medical school in Veracruz. He delivered over 300 babies and assisted in countless surgeries during his training as a student doctor and was one of the brightest pupils in his graduating class. He went on to specialize in forensic psychiatry, and had special interests in Post traumatic stress disorder, addiction medicine, and hypnosis. He finished his training in New York where he would meet the love of his life, Isabel Pérez.

Dr. José Sosa-Roche was a lover of the arts, nature, music, and literature. He was a scientist and an author. He was a humanitarian and a gentleman. He was a black belt in Kajukenbo. He was an intellect who was exceedingly proud of being a physician and a martial arts expert. His greatest joy and love was being a father and breeding dogs. He spent his life helping his fellow man through medicine and formulating theories to explain life, death, and the great beyond.

He is survived by Isabel Pérez, his three children: Juan Antonio, Isamar Vanessa, and Fernando José; his son in law, David Horacio, his daughter in law Stacey Mathews, three grandkids: Isabel, Dacio, and Isaac; as well as his sister María Elena, and many friends, nieces and nephews.

A great testament he left for those who would listen, were his words of wisdom. He always said, you win more with love and kindness than with hate. “Change the feeling” if you cannot change your situation. Love others as you love yourself.

He emphatically answered the question “To be or not to be” with a simple and resounding “I AM” and indeed he was.

To send flowers to the family or plant a tree in memory of Dr. José Sosa- Roche, please visit Tribute Store

Share Your Memory of
Dr. José
Upload Your Memory View All Memories
Be the first to upload a memory!
Share A Memory
Send Flowers