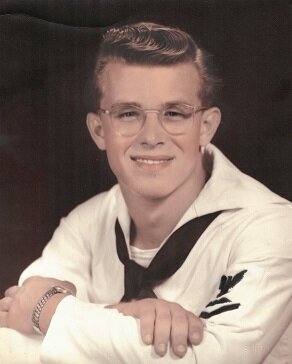 Vincent Lorenz, beloved husband, father, brother, uncle, grandfather, and great-grandfather passed peacefully in his sleep on Friday November 26, 2021 at the age of 90. Born in Brooklyn, New York, he lived most of his life in upstate New York, where he raised his children and created a life with his sweetheart and wife, Barbara. He joined the Navy at age 17, and after serving his cherished country for four years, he subsequently attended and graduated from Hofstra University. It is there he met his wife, Barbara, the sister of his roommate, Robert, and married on March 27, 1960.

Vince worked for Connecticut General Life Insurance Company with a focus on Life Insurance sales and financial planning as he helped others prepare for their financial future. He retired in 1989, and at 58 focused his energy into creating an amazing 100-acre sanctuary, which included a sporting clay operation, pheasant shooting preserve and acres of blueberries for the picking. Once Barbara retired, they decided to venture out of their familiar “backyard”, and moved to Crossville, TN. They lived there for over 15 years making wonderful friends and memories before moving to Tucson, AZ.

Vince was a devout Catholic, serving as a Eucharistic minister at the various churches to which he belonged. Dedicated to serving others, he was an active member of the Knights of Columbus 4th Degree. After retirement, he made traveling with Barbara a priority, some of which he did with his trailer in tow. Throughout his life he devoted himself to civil service.

While raising kids, his backyard was an immense garden which he and Barbara harvested and stored for the winter (freezing/canning etc.), with the kids as his dedicated workforce. Vince enjoyed the outdoors, hiking, fishing, hunting and gardening.

He is survived by his wife of 61 years, Barbara, in Tucson, Arizona and his daughters, Elizabeth (William) and Stephanie (Anthony), his son, Vincent (Jane), his grandchildren: Sarah, Veronica, Michael, Victoria, Christina, Melissa, Brandon, Mark II, and Morgan as well as his great-grandchildren: Jayden and Vincent. He is preceded in death by his son, Mark (Patricia).

A Memorial Mass will be held at 10 am on Friday December 3rd at Corpus Christi Catholic Church, 300 North Tanque Verde Loop, Tucson, Arizona 85748. A military honors committal ceremony will be conducted after the holiday at the Southern Arizona Veterans Memorial Cemetery in Sierra Vista.

In lieu of flowers, donations encouraged to St. Jude’s Hospital, one of Vince’s treasured charities.

Share Your Memory of
Vincent
Upload Your Memory View All Memories
Be the first to upload a memory!
Share A Memory