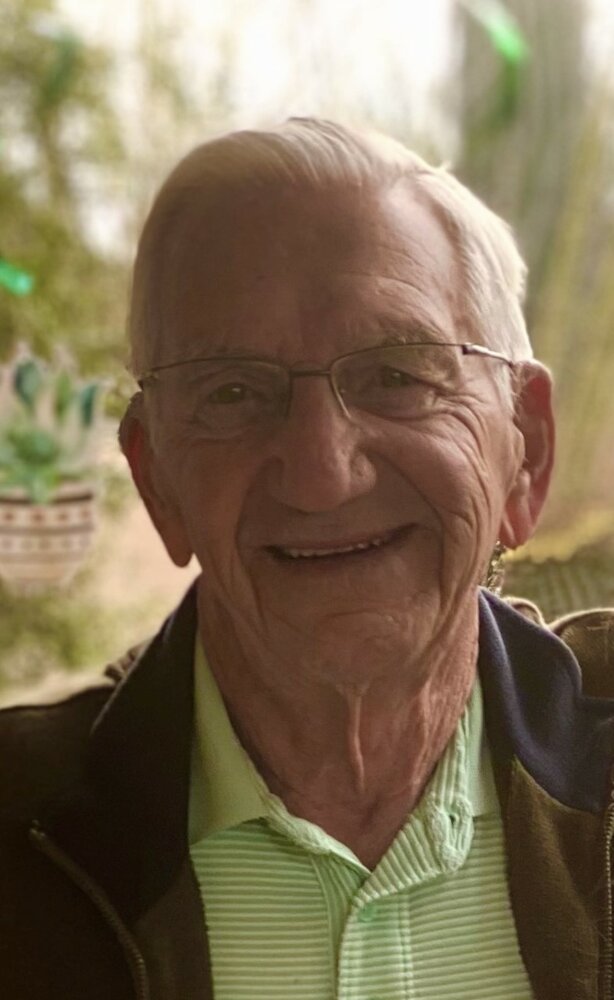 Richard Thomas Snow (Dick) passed away quietly on November 5, 2021, at the age of 91. Born in Laconia New Hampshire to Thomas and Jeannette Snow, he was the eldest of four children; himself, sister Shirley and brothers Roger and Walter. A champion skier, Dick attended the University of New Hampshire on an athletic scholarship and captained the ski team to several winning seasons.  After graduating, he headed west to California for graduate school at UCLA , service in the U.S. Air Force, and the beginning of his long career in aerospace at Hughes Aircraft Company. It was there that he met his wife Patricia. They married and raised six children together.  In 1984, His career with Hughes brought them to Tucson. In 1989, He retired, built their adobe home, and traveled the southwest. After Pat’s passing in 1997, Dick met and married his second wife Lorraine and they enjoyed a new life chapter together with her daughters and grandchildren until her passing in 2017.

Dick was an avid skier, tennis player and golfer.  He was a wonderfully talented woodworker and cabinet maker and helped furnish the homes of his family and friends as well as creating beautiful pieces for several churches and schools in the Tucson area.

In lieu of flowers, donations may be made to the Society of the Little Flower.

To send flowers to the family or plant a tree in memory of Richard Snow, please visit Tribute Store
Thursday
27
January