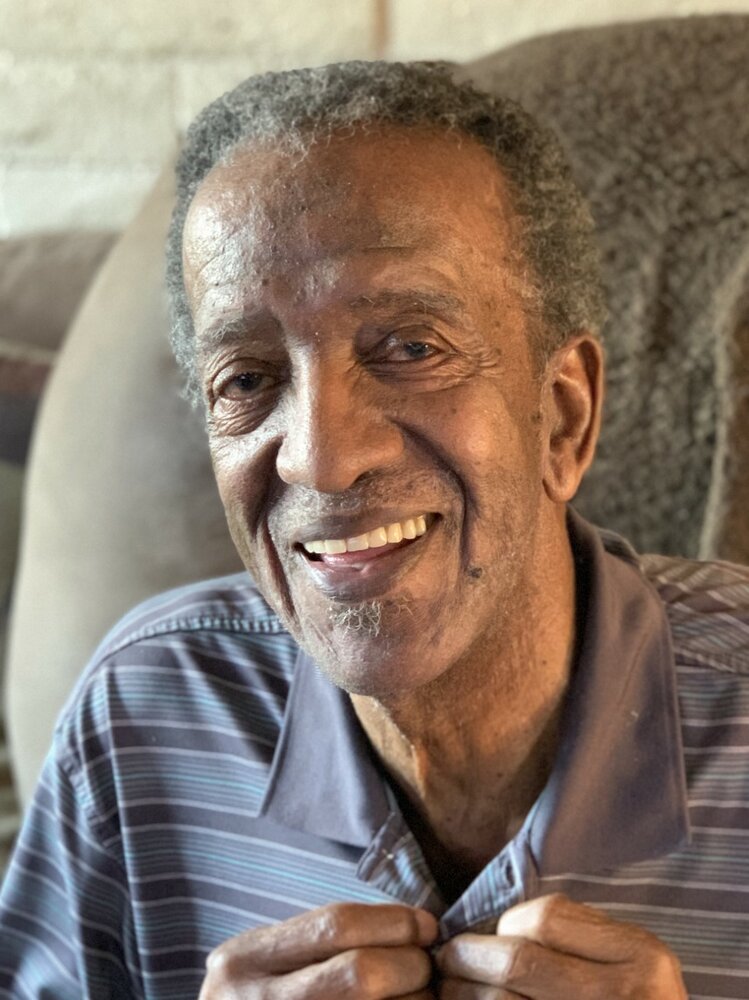 In Loving Memory of

Adoring and Proud Grandfather. Vietnam Veteran. Aircraft Mechanic. Widower. Protective Single Father. Child of God. Fixer of Things. Traveler. Avid Golfer. Sports Enthusiast. Gift Giver. Humorous Storyteller. Strong Provider. Loving Son, Brother, Uncle. Kind Neighbor. Amazing Friend. Voracious Consumer of Lorna Doones. Man of his Word. Milton Leroy Wilson, known as Mickey to his family and Whip to his friends, was born in Vicksburg, Mississippi on November 15, 1938. He was the seventh of eight children born to Alfred Wilson, Sr. and Cora Thomas Wilson. A strong work ethic and love for family were instilled in Milton early on and would become the foundation for his well-lived and long life of service and care for others. Immediately after graduating from Bowman High School in Vicksburg, Mickey followed his dream of enlisting in the United States Air Force. He was just 18 years old. This life-changing decision included multiple tours of duty in Vietnam, but he never regretted it. Whip credited the USAF with changing his life, cultivating his mechanical curiosity, showing him the world, and bringing him to the love of his life. He fell in love with and married Maria Riedl while stationed at Hahn Air Force Base in Germany. They had one child together, Nancy, and ultimately made their home in Tucson, Arizona, a community that embraced this young family. They found incredible friends that became an extension of Whip's family. That strong community and his remarkable siblings would provide immeasurable support to Whip when he became a widower and stepped up to the challenge of raising a young daughter on his own. Whip and Nancy had some rocky moments, as one might expect considering the nearly impossible circumstances, but he gave her everything he had and grew into the Dad that she needed at each stage of her life. Their bond continued to grow over the years and Whip was present at every major milestone of Nancy's life, keeping his promise to Maria that Nancy be taken care of always. She was.  He was a great Dad and an absolutely incredible Grandfather. Being Grandpa to Eric, Erin, and Eriana was his favorite role as he adored each of them and never allowed them to leave his house without some gift or remembrance. He loved them unconditionally and watched over and fretted about them judiciously. He loved Nancy and she knows it, but he was in love with her children, never letting an opportunity to brag about them slip him by.  On October 31, 2021, Whip transitioned to be with the Lord just shy of his 83rd birthday. He leaves to cherish his memory his beloved daughter Nancy Wilson McCray (Timothy) of Chandler, Arizona, his precious grandchildren Eric Wilson McCray, Erin Maria McCray, Eriana Rosina McCray of Chandler, Arizona, his sisters Bertrice Johnson of Indianapolis, Indiana and Minnie Shivers of Southfield, Michigan and a host of nieces, nephews, cousins, and friends. He was preceded in death by his wife, Maria Rosina Riedl, his parents Alfred Wilson, Sr. and Cora Lee Thomas Wilson of Vicksburg, Mississippi, his siblings Gloria Johnson of Indianapolis, Indiana, Ruth Erves of Detroit, Michigan, Nancy Wilson of Detroit, Michigan, Vivian Bethel of Chicago, Illinois, and Alfred 'June' Wilson, Jr. of Chicago, Illinois. Whip loved his family and friends deeply, always looking for ways to fill a need. He never hesitated to give his time, talents, or treasures to those he cared for. The gift of him will not be forgotten by any of the numerous lives he touched.

Share Your Memory of
Milton
Upload Your Memory View All Memories
Be the first to upload a memory!
Share A Memory