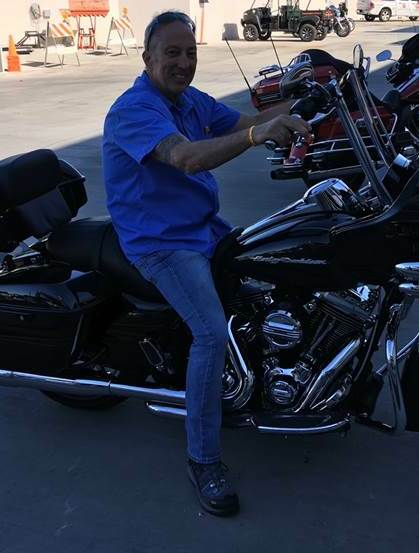 Kevin Rodman Campbell passed peacefully at the age of 63 on Wednesday, October 27th 2021.

He was born in Long Beach, California on December 9th and preceded in death by his parents Charles Campbell Jr. and  Myrtle (Vega) Campbell.  He later moved to Georgia before settling down in Tucson, Arizona which he called home.

Kevin was the type of man that didn’t take fashion cues from anyone… he always dressed in his own bold, matching colorful style that made you smile every time you saw him coming!  “These aren’t outfits” he would say… “they are a fashion statement”!

He practiced what he preached… we all loved that about him!  He lived his life on his own terms, the government wasn’t going to tell him how to run his business or his life!  Right before he passed, he said

“Don’t sacrifice on anything and always be happy”!  His Kevin-isms were his legacy!  Things like going to sleep at 6:30 pm every night and getting up at 2am.

He loved owning and operating several successful businesses’ and was well known for his generosity, his determination and directness!  He told everyone like it is!  You could either take it or leave it, but in the end, you found yourself drawn to him and taking his advice!  Fun fact: Kevin never worked for anyone but himself his whole life!

Kevin was so passionate about mountain biking and motorcycle riding!  He rode for Sober Riders and was a sponsor to so many… even if you weren’t in the program… he was always willing to listen and share his experiences and knowledge.  His adventures on the trail and on the street… mountain bike or motorcycle… he took pictures along the way to share with everyone… it brought him such joy to share his happy moments with those he loved most!  He volunteered for years at the Primavera Men’s Shelter and continued to support them until his passing.

Kevin is going to be missed by so many friends, employees and family!  He is survived by his brothers, John Campbell (sister-in-law Irene Campbell) and Charles Campbell of California.  His stepmother Claudette Campbell and step-sister Kellee Haas of Georgia as well as his ex-wife Starr Kriener and his best friends, Susan Pisano, Julio Castro, Victor Tackett, Paul Heiser and Jay Tice.

A Celebration of Kevin’s life will be held on Friday, November 12th 2021 at Bring’s Kolb/Broadway Chapel from 3pm – 7pm.  In lieu of flowers, friends can donate to the Primavera Men’s Shelter in his name.

To send flowers to the family or plant a tree in memory of Kevin Campbell, please visit Tribute Store
Friday
12
November

Share Your Memory of
Kevin
Upload Your Memory View All Memories
Be the first to upload a memory!
Share A Memory
Send Flowers