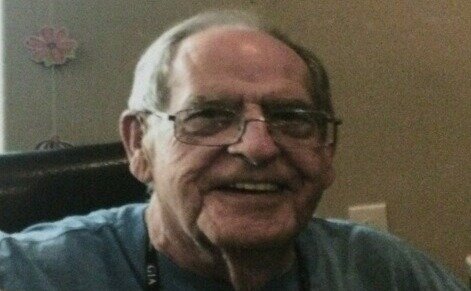 Bob is predeceased by his son, Robert E. Thompson, and his brothers Donald L. Thompson and Lawrence W. Thompson.

Bob is adoringly remembered by his children; Robin Ptak and husband Art of Cortland NY, and Steve Thompson and wife Tammy of Tucson AZ. As well as 6 grandkids; Arthur and Ruth of Cortland and Lynise, Gary, Amy, and Clinton of Tucson. And his nephew Gary Thompson of Santa Fe, NM.

Bob was born in Willimantic, CT on April 11th 1932.He graduated from Mansfield High School in 1950. Later that year he began what would ultimately become more than half a century of service to this great nation when he enlisted in the US Army. He would later transition to the US Air Force, and serve with honor and distinction in France, Germany, Vietnam, and multiple stateside locations. He retired from military service in 1971, and began his second career as a benefits coordinator at the Tucson Veterans Administration Hospital. His kindness and compassion would touch thousands of Veterans over the next 32 years, culminating in his retirement from civil service in 2004.

Bob was a loving and a proud father, grounded by strong morals. He had a quick wit, and an infectious smile. He was a very giving person; always placing the needs of others above his own. He was an avid swimmer, still enjoying the pool well into in 80s. He will be dearly missed.

Share Your Memory of
Robert
Upload Your Memory View All Memories
Be the first to upload a memory!
Share A Memory
Plant a Tree