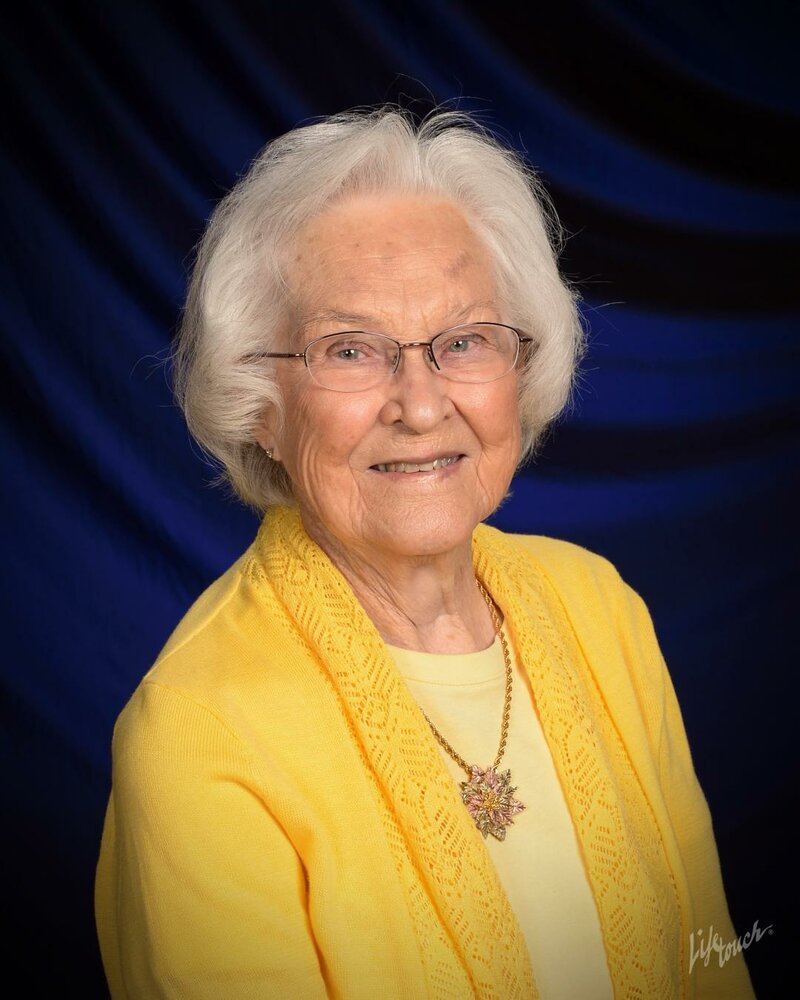 Leona Rose (Murdock) Schuler, age 95, passed away at her home in Tucson, Arizona on October 24, 2021. Her children, Lynda Schuler, Mark Schuler, and Debra Cromwell, were at her side.

Leona was born in Timber Lake, South Dakota, in 1926, to Horace (H.C.) and Esther Murdock. She and her siblings, Margaret, Lola (Dixon), and Stuart, lived a challenging but happy life on the prairie during the Great Depression and "Dust Bowl Days" of the early 1930s, until 1937, when her father fell ill. H.C. succumbed to ALS, "Lou Gehrig's Disease," in 1940, when Leona was in 8th grade. Esther and her children survived the years of H.C.'s illness and death with determination, faith, and hard work.

After graduating from high school in 1944, Leona attended Northern State Teachers College in Aberdeen, S.D., alternating her studies with earning a living as a rural school teacher, until her graduation in 1952. Those eight years were spent happily in the company of her sister Lola and her husband Ned Dixon, and their children, for whom "Aunt Babe" babysat.

Leona accepted a job teaching tenth grade English, as well as coaching debate and declamation, in Pierre, S.D. in the fall of 1952. Within a few weeks of her move to Pierre, she met Harold H. Schuler, whom she would marry on March 28, 1953, at the First United Methodist Church in Pierre.

In mid-1954, Harold accepted a job with U.S. Senator Francis Case, and Leona and Harold rented an apartment in Washington D.C., splitting their time between the Nation's Capital and their home in Pierre. Following Sen. Case's death, Harold went into private business in Pierre.

Leona was an active and enthusiastic member of the Pierre community for decades. She was devoted to the First United Methodist Church, working as a Sunday School and Bible School teacher and superintendent. A breast cancer survivor, she donated countless hours to the American Cancer Society's "Reach to Recovery" program. "Lee," as she was known, could be found at the center of virtually every community service effort in Pierre over the decades she and Harold resided there.

The South Dakota State Legislature employed Leona in various capacities over many years. Like her husband, Harold, Lee loved being involved in government and politics. Leona also worked as a substitute teacher in the Pierre schools for many years. Leona was an avid swimmer and golfer.

In the 1980s, Leona and Harold became "snowbirds," travelling to Tucson, AZ each winter to spend time with daughter Debra Cromwell and her husband Gary. With the birth of grandchildren Charlie and Catie Cromwell, they relocated full time to Tucson.

Daughter Lynda would move to Tucson in 2001, and son Mark relocated to Scottsdale, Arizona much later. Lynda and Mark shared Leona's Tucson home with her in the years prior to her death.

Leona was preceded in death by her husband Harold and her siblings Margaret, Lola (Dixon), and Stuart. She leaves behind her children and grandchildren, sister-in-law Lucille Whiting (Mesa, AZ), brother-in-law Will Kulp (Greeley, CO), and many loving Dixon, Whiting, and Stander nieces and nephews and their families.

Memorials may be sent to the First United Methodist Church in Pierre. Services will be held at the church in Pierre at a later date

To send flowers to the family or plant a tree in memory of Leona Schuler, please visit Tribute Store

Share Your Memory of
Leona
Upload Your Memory View All Memories
Be the first to upload a memory!
Share A Memory
Send Flowers