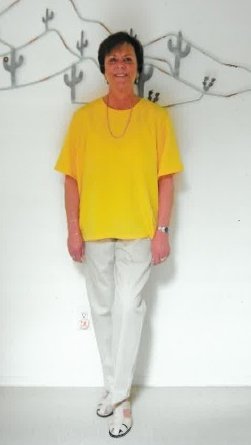 Sandra J. Fisher, 70, of Tucson, AZ passed away on Saturday, July 24 at home of natural causes.

Sandra was born on March 7, 1951 in Franklinville, NJ to George and Joan Fisher where she grew up with her brother Jim and graduated from Delsea Regional High School. She moved to Massachusetts to attend Northeastern University graduating with a Bachelors degree in Biology in 1974. In 1971 she began working at Lahey Hospital and Medical Center in Burlington, MA and later became the Supervisor of Special Chemistry. While at Lahey she teamed with doctors and researchers in Boston to conduct a blood storage experiment for NASA and subsequently traveled to Kennedy Space Flight Center to prepare the samples, run analyses and place the blood samples aboard the Space Shuttle.

In 1984 she was offered a position at Sunquest Information Systems and moved to Tucson, AZ. She traveled across the USA installing the laboratory computer system and training the staff in major hospitals. She served as Asst Vice President of Quality Control and Custom Software Services before retiring in 2009.

She loved to travel and took many trips to England to visit her relatives as her Mum was a war bride. Her Dad was with the US 8th Air Force as an engineer on the P-51 mustang fighter when he met her mom. Sandra had annual tickets to the Indianapolis 500 and even traveled to Sao Paulo and Rio to watch her favorite racers. After her Dad passed away her mom moved to Tucson and they enjoyed many vacations to Florida, the Caribbean, England, Hawaii and Las Vegas.

Sandra is survived by her mom, Joan Fisher of Tucson, AZ, her Aunt Margaret of England, and her niece Wanda Fisher of PA.

You can leave a condolence at bringfuneralhome.com

Memorial contributions may be made to the Service Dog Project. Ipswich, MA:

Share Your Memory of
Sandra
Upload Your Memory View All Memories
Be the first to upload a memory!