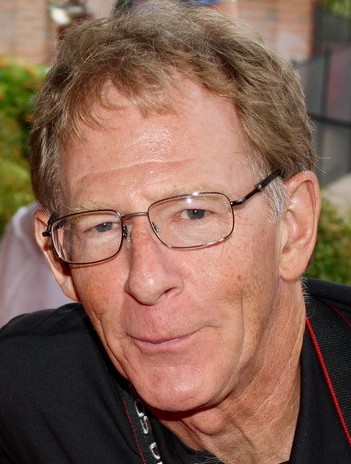 James "Jim" Morton Pratt passed away on July 20, 2021, in Tucson. Jim was born on July 1, 1947, at St. Mary’s Hospital in Tucson - the first-born child of the late Margaret Pratt (nee O’Brien) and late Morton Edison Pratt, both natives of Tucson. Jim is the beloved husband of Ann Pratt (nee Thysell); father to loving children Michelle Rucker (Creed), Meghan Robertson (Alex), Shannon Vittengl (Matthew), and Ryan (Andrea Fabozzi); beloved grandfather of Grady, Norah, and Fiona Rucker and Paxton and Greta Vittengl; and beloved brother of Michael Pratt (husband of the late Frances Pratt) and Joan Compton (and husband Gary). After living in various parts of the western U.S., including Colorado, Utah, and Vancouver, British Columbia, Jim graduated from St. Stephens High School near Riverton, Wyoming in 1965, serving as student body president during his senior year. Jim then attended the University of Notre Dame, graduating with a major in chemical engineering in 1970. In 1972, he earned an MBA from the Eller School of Business at the University of Arizona.

Jim met his wife Ann in 1969, and over their 51 years of marriage they enjoyed family and career adventures bringing them to California, Georgia, Rhode Island, Connecticut, Minnesota, Illinois - eventually settling down in Waterbury, Vermont. Jim and family loved Vermont, calling it their home for 25 years. Jim was dedicated to his community and was a true champion of the business community - serving on the Chamber of Commerce for 10 years in several elected roles including Chair in 2007 and 2008. He also served on the Vermont Governor’s Workforce Development Board during his tenure with the farmers of Agri-Mark. Jim was a natural communicator, leader, and problem solver. Known for his authentic style and quick wit, he forged lasting relationships wherever he went. Over the course of his career, he held various manufacturing roles with Procter & Gamble, Pepsi, Everfresh, and Cabot (Agri-Mark), where he was the Senior Vice President of Operations until he retired. Despite leaving Cabot after becoming ill in 2014, Jim always considered himself a forever Cabot employee and proud member of the Waterbury community.

The Pratt family extends their deepest gratitude to Jim’s trusted and loving caregivers - Sunny Injeti, Frank Pineda and Aixa Ugarte. Mass will be offered at Saint Thomas the Apostle with entombment to follow at Our Lady of The Desert Cemetery.

To send flowers to the family or plant a tree in memory of James Pratt, please visit Tribute Store
Wednesday
28
July