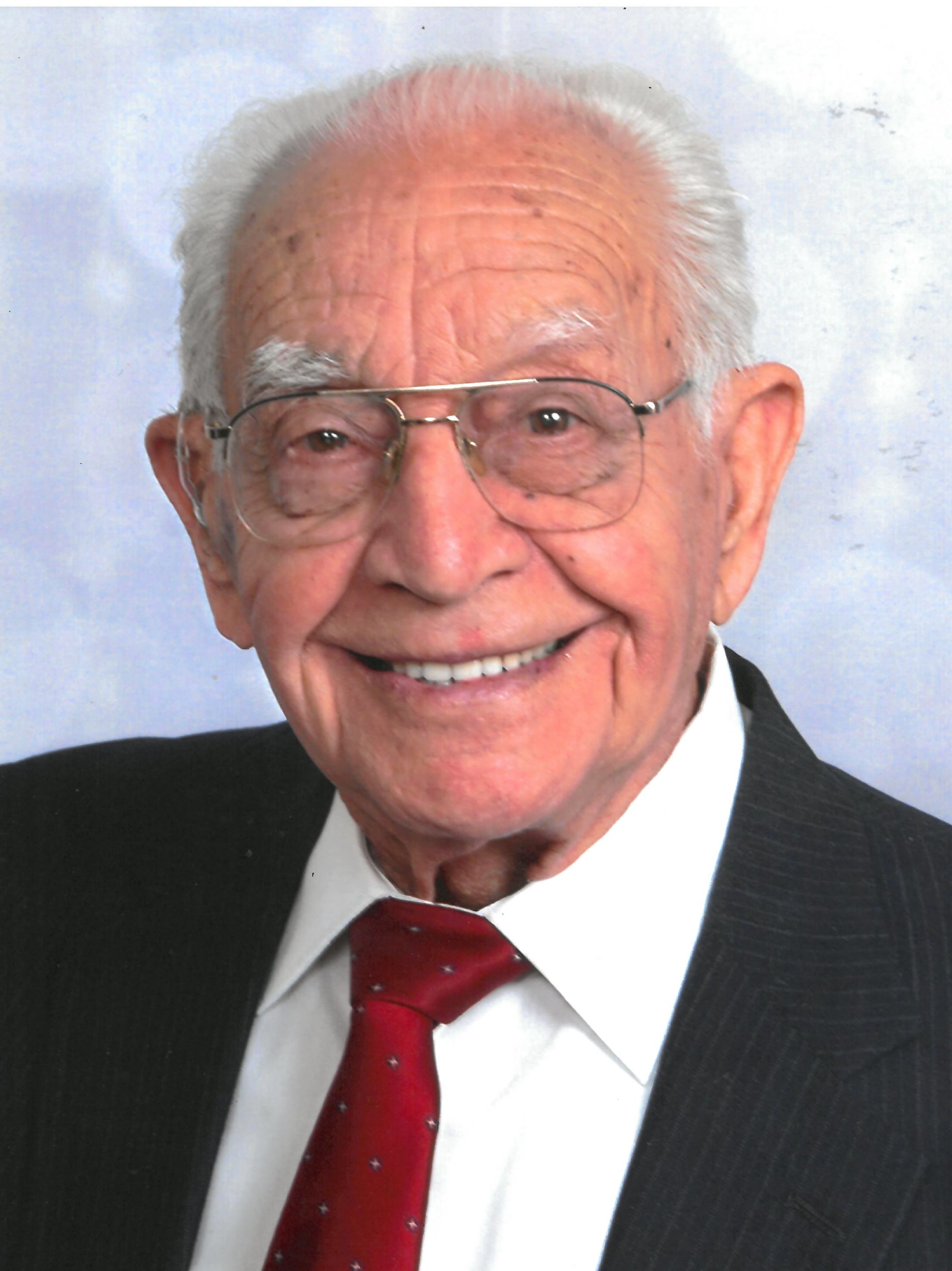 Most would describe Bob by saying he was a man of faith and a strong family patriarch. As the eldest of nine children, he helped raise his eight siblings before having four children of his own: Dina (Howard), Norma, Bobby (Nancy), and Sylvia (Steve). He was also the proud grandfather of eight grandchildren: Damian, Autumn, Robert, Ben, Kathryn, Lauren, Quinn and Brendan. His great-granddaughter, Kezia was also the light of his life.

During WWII he served in the Navy at Pearl Harbor on the USS Copahee aircraft carrier and as a 40mm gunner. Everyone loved to hear him recount his WWII experiences. He worked as an avionics/missile technician most of his career, then in the construction industry. He was particularly proud to have worked on the first missiles into space such as the Freedom 7 and the Mercury Atlas 6, 7, 8 and 9. He would wake his kids to watch the missile launches on TV in the early morning hours so that they could appreciate the importance of these events. In his later years Bob was a 21-year volunteer at St Joseph’s Hospital where he was affectionately known as “Thursday Bob”.

He was able to celebrate his 100th birthday with family on June 4th. In all his years, he was one in a million: intelligent, strong, tough, yet loving. Bob found strength in his unwavering faith, and always worried about everyone, even more than himself. He will be missed by family and his many friends. We will also miss his unique goodbyes, sending everyone off with a blessing by saying “Bless you and protect you.”

Our heartfelt gratitude goes out to the extraordinary and loving Home Based Primary Care team at the Veterans Administration Hospital. They, along with the caring team at TMC Hospice – Peppi’s House, were his guardian angels on earth. We can’t thank them enough and we love them for all they did.

A mass will be held at Our Mother of Sorrows Catholic Church, 1800 S. Kolb Rd, at 11:00 a.m. on Friday, July 23, 2021, followed by a graveside service at Our Lady of the Desert Cemetery, All Faiths Memorial Park, 2151 S. Avenida Los Reyes. Arrangements by Brings Broadway Chapel.

The family asks that, in lieu of flowers, donations be made to TMC Hospice – Peppi’s House in their father’s name.

Rite of Committal and Mlitary Honors

Share Your Memory of
Robert
Upload Your Memory View All Memories
Be the first to upload a memory!
Share A Memory
Plant a Tree