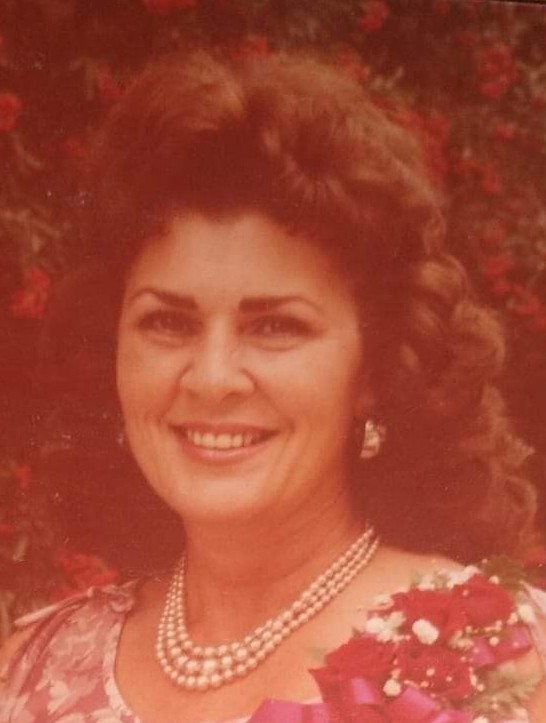 Born Julie Anne Ferro July 7, 1935 in El Paso, Texas to John and Mary Ferro.  Julie was the oldest child and only daughter with two younger brothers Turner and Michael Anthony, both deceased.

Julie excelled in sports and art and soon met and fell in love with Charles Murtaugh; whom she was married to from 1949 until 2011 when Charles passed from multiple myeloma.  She is also preceded in death by her oldest son Michael and grandson s Sean and Nathaniel.  She is survived by her two sons Matt and Dan and daughter Kellie, 6 grandchildren, and 8 great grandchildren.

She loved sailing, tending to her rose garden, playing piano, and singing in the church choir.  She was the most generous person anyone could know.  She would give her las dime to someone in need. She became a member of the church in 1964 and was a staple in the children’s nursery.  If it wasn’t for her continued influence her children and grandchildren would never have known the gift of salvation.

She enjoyed time spent with her grandchildren and elaborate story telling.  She had a love for Disney and remained a child at heart.  In her golden years she became an inspiration at the age of 83 when she became the oldest to complete the discipleship program at Tucson Baptist Church.  After passing at the age of 85, she remains the matriarch of the Murtaugh family; always remembered, revered, and loved.

In Lieu of flowers, please make a donation to her church of 58 years by visiting the link below.  Please make a notation that the donation is in the memory of Julie Murtaugh.

Share Your Memory of
Julie
Upload Your Memory View All Memories
Be the first to upload a memory!
Share A Memory
Plant a Tree