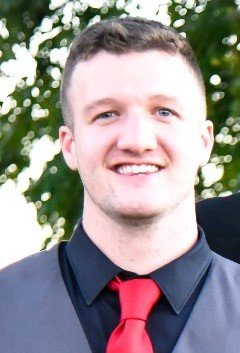 Devon Michael Yeager, Age 27, of Tucson, Arizona passed away May 17 2021. Despite adversity, he did what countless people cannot do; He never gave up. He was a fearless adventurer, one who wanted to experience everything life had to offer. He listened to every genre of music, participated in cliff jumping, hiking, rock climbing, water sports and was planning to go base jumping and skydiving. Devon added joy to so many lives around him, without even knowing the extent of it. He was a lover of women, loved animals, Anime, and the game World of Warcraft. He was a master negotiator who rarely lost a deal, or couldn’t win your heart.  He was an example that it's never too late to turn things around. He fell into a dark place for some time but the light in his spirit never went out. In Life, despite the hardships Devon dealt with, he still just wanted to help others, as was his nature. Adored by his many, many nieces and nephews, his visits would always bring excitement and happiness to their young eyes. He was the fun Uncle; A good Son; A good Brother, Cousin, Friend, Nephew, and a joy to have known in life. Devon Michael Yeager will live on. He will live on in our memories he shared with us; live on in the lessons he taught us; and live on in all the lives he touched. Though he didn't know it, he changed the world; Maybe not everyone on earth's world, but he changed my world, his mother's world, his fathers' worlds, his brothers' world and countless others. He remembered people for who they truly were because he truly cared and his mere presence would change people's moods; their days; and their lives.  He will be dearly missed and we will never let his memory fade. Rest in Peace Devon Michael Yeager.

He is survived by his Grandmother Rita Williams. His loving Mother Marchelle Pappas (Momma Bear) who stood proudly by his side, never stopped supporting him, believing in him and loving him unconditionally. His Step Father (Dad) Ken Pappas, who taught him how to treat the woman you love, how to honor your family and the joy of spending time on the water.  His Step Mother Elena; Father Kent Yeager who always provided support, his love, shared with him his appreciation of music and the value of hard work.  Survived also by his Brother Derek who was his protector, friend, confidant, stood by his side throughout his life and gave him his fearless sense of adventure.  His Sister Brittany who shared his fondness for sweets, provided her unconditional support and love, and was always in his corner ready to fight the world on his behalf.  He is survived by his Brother Alec and family; Sister Crystal and family; Brother Shawn and family; Brother Jake and family; and his youngest Brother Zigmund. He is survived by his Aunt Michelle and Uncle Michael Fooks, who took him into their home in Iowa, and cared for him like one of their own; his Cousins, who were considered by him his Brother Micheal; Sister Tifanie.  His Aunt Tammy and family; and his many Aunts; Uncles; Cousins; Nieces and Nephews.

To send flowers to the family or plant a tree in memory of Devon Yeager, please visit Tribute Store
Wednesday
2
June

Share Your Memory of
Devon
Upload Your Memory View All Memories
Be the first to upload a memory!
Share A Memory
Send Flowers