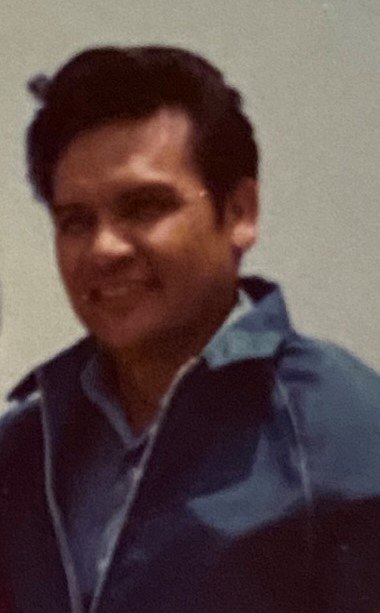 "Behold, God is my salvation; I will trust, and not be afraid: for the Lord Jehovah is my strength and my song; he also is become my salvation." Isaiah 12:2 KJV

Our beloved father and grandfather, Frank Joseph Samaniego was born August 16,1925 to Mary and Manuel Samaniego. His grandfather was prominent Tucson pioneer, Mariano G. Samaniego. He spent his early years with his nana, Refugia Cruz (who was the nanny to the Steinfield family), and his uncle Mike Cruz, who he missed dearly and is now reunited with in heaven. One of four children, he grew up on North Meyer Street, and attended Davis Elementary School, and Safford Junior High school. Frank was an altar boy for Holy Family Church. He joined the Army in 1948, and was stationed in Okinawa, Japan. Frank married the love of his life, his “darling,” Gloria in 1949, with whom they spent 71 years together, before her passing May 22, 2020. They shared four children together; Henry (Joan), Theresa, Suzy (Tony), and Frank Jr. (Sandra), as well as grandchildren (Ricardo, Danielle, Andrew, Marisa, and Daniel) and great grandchildren, (Reyna, Eddie IV, Mateo, and Giovanni). He worked for Pima County, in Facilities Management (Maintenance) for 39 years, beginning in June 1950. He was known as being a man of integrity, friendly, talkative, cautious, and never missing a day of work. He loved reading the newspaper, discussing current events, and taking care of his yard. He had a great reverence for God, and although he was private about his beliefs, his life was the model of being a good man. How blessed we are to have known him. He will be greatly missed, but we know he is with Gloria in their heavenly home. He told us many times, “when I die, tell everyone, I did the best I could.” Sayanara, Grandpa.

Funeral Mass and Burial Service to follow at a later date.

To plant a tree in memory of Frank Samaniego, please visit Tribute Store

Share Your Memory of
Frank
Upload Your Memory View All Memories
Be the first to upload a memory!
Share A Memory
Plant a Tree