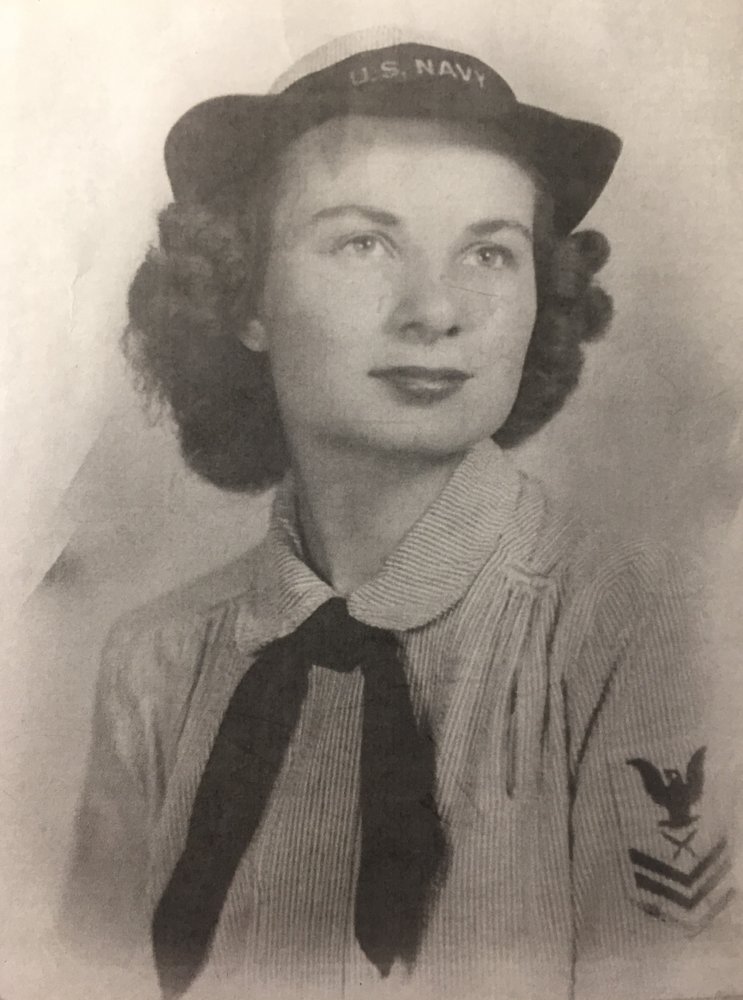 Dorothy L. Siry passed away on April 26, 2021 at the age of 99. Born in 1921 and raised in the western suburbs of Chicago, Dorothy was always a true American patriot. She joined the US Navy in 1943 soon after the Women Accepted for Emergency Service program (WAVES) was created providing a way for women to directly help the nation’s military defend the country during WWII.

While at her Navy Air duty station in Athens, GA, she met her husband, John F. Siry Jr. (Jack), another Navy Yeoman, who had just returned from an assignment in the South Pacific. They married in 1945, were honorably discharged from the Navy the same year and in 1946 had a son. Dorothy loved Jack deeply for the rest of her long life. Jack died in 1950 from leukemia.

Dorothy, strong-willed and independent, then managed on her own to raise her son, also nicknamed Jack. She worked for the next 35 years as a secretary and office manager, always being an advocate for women in the workplace.

After living and working in the Chicago area, New Jersey, New York City and Orlando, she moved to Tucson in 1993 to be with her son and his family. She took pleasure in the climate and beauty of Tucson while volunteering with various organizations.

Many thanks to Jenell at Desert Home and Diane at Casa de la Luz for the care and comfort they provided to Dorothy. At her request, no services will be held. Dorothy will be buried with her husband Jack in Chicago.

Share Your Memory of
Dorothea
Upload Your Memory View All Memories
Be the first to upload a memory!