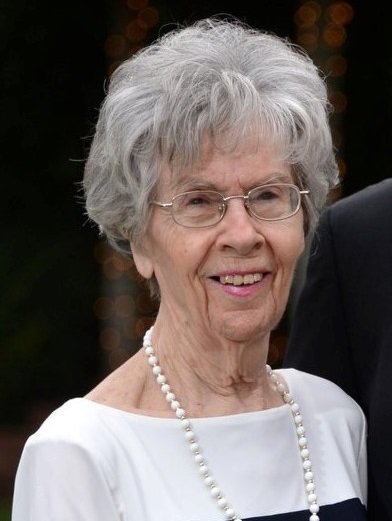 Mrs. Janet Sue Porter, age 85, passed away peacefully October 5, 2020 from Alzheimer’s disease. Her husband of 61 years, Errol Porter, was by her side.

Janet was born on September 20, 1935 in Kansas City, MO to Stephen and Charlotte Bradish. She belonged to the St. Elizabeth Catholic Parish in Kansas City, graduated from Bishop Hogan High School, attended St. Theresa College and worked in the area until marrying on August 1, 1959.

Janet and Errol lived in the Kansas City area where their first two children were born, Amy Christine in August, 1960 and Stephen Christopher in May, 1962. They moved to Linwood, New Jersey in 1963 where their remaining four children were born, Polly Ann in June 1963, Robert Errol in July, 1964, Wendy Suzanne in January, 1967 and Katharine Marie in February, 1969. The family moved to Tucson, AZ in August, 1978.

Janet was a sweet and caring friend to many and was deeply committed to her family, her faith and in serving her community. She served on the school board in Linwood, NJ, she co-founded the first suicide prevention hotline in Southern NJ, she was a volunteer at St. Joseph’s Hospital in Tucson for more than 10 years, serving as the president of the auxiliary. She was also on multiple church committees, first at St. Pius Catholic Church and then at Corpus Christi Catholic Church.

Janet is survived by her husband Errol, her brother and his wife, Stephen and Janet Bradish, her six children, one son-in-law, 4 daughters-in-law, thirteen grandchildren, three great-grandchildren and many nieces and nephews.

Share Your Memory of
Janet
Upload Your Memory View All Memories
Be the first to upload a memory!