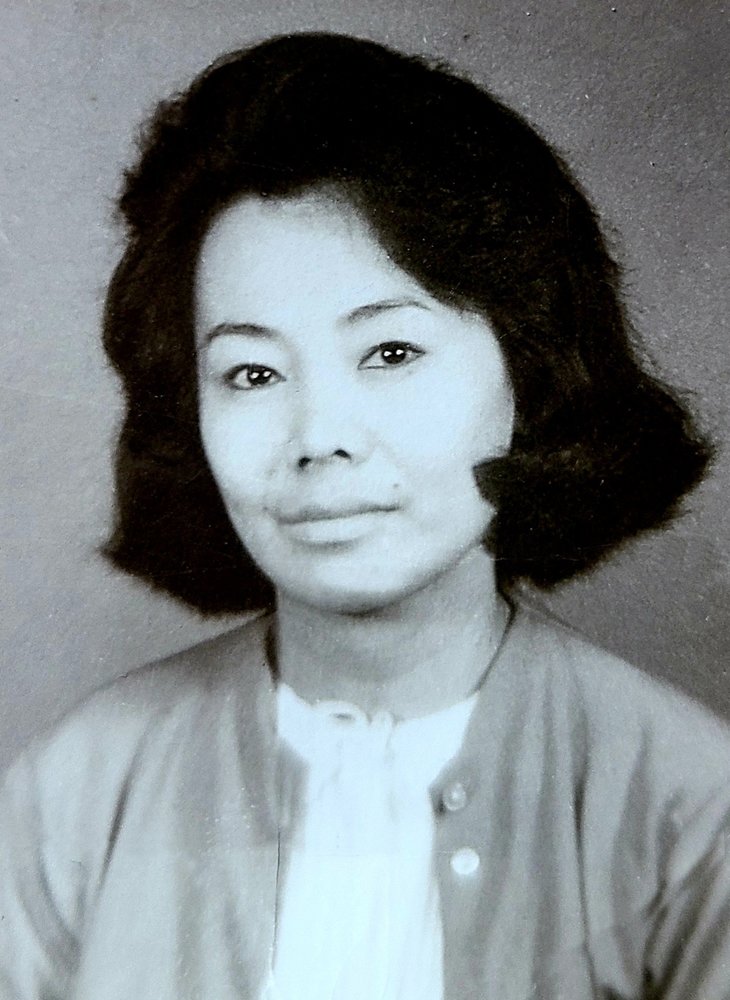 Rite of Committal and Interment

Throughout her maiden years, Alice attended catholic school ran by strict and conservative nuns. The nuns were pleased that she was such a bright girl that excelled in academics, however, Alice was also unruly and exhibited a strong independent will which frequently challenged school discipline; headaches had to have been common among the nuns during those school days with Alice. Gradually, over the years through honing even school brats blossom to find their place within society, Alice went on to be a Registered Medical Assistant.

Life went on over the years in the Philippines, she was raising a family, had a husband. All was well, but the world has a tendency to frown on one’s path, creating tragedy. Alice lost her first husband and with him gone, so did the life she had known. She packed what remained of her family and migrated to America to escape her misfortune.

Alice had been a widow for many years with three boys in tow, she struggled to find happiness almost giving up near the end. Then, something blessed happened, by His will, the Lord sent a wonderful light to her dark gloomy life, she met and married Richard Morin in 1974, the happiness she was looking for began and it never left for 46 years. Richard, even to this day would say, “I wish it could have been longer.” Love always lingered. Oh! her days seem to pass so quickly, time just won’t slow down.

And so, in the wee early morning hours of that fateful day; 21 September 2020, 4:48 am., Alice, safe in the arms of Jesus made her final peace with the world and the Lord spirited her away to dwell in eternity.

Funeral services will be held at the BRINGS BROADWAY CHAPEL, 6910 E Broadway, Tucson AZ on Wednesday September 30, 2020 at 9:30 AM, and burial at the Southern Arizona Veterans Memorial Cemetery Sierra Vista, AZ at 12:00 PM.

In place of flowers, contributions may be made to Salvation Army, St. Vincent de Paul Society, or your favorite Foodbank.

Due to public health concerns, friends are encouraged to pay their respects online at

Share Your Memory of
Alicia
Upload Your Memory View All Memories
Be the first to upload a memory!