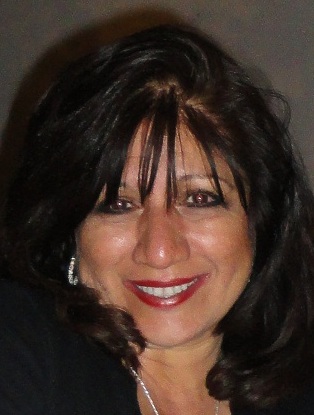 It is with great sadness that we share the passing of Estella Maria Beltran. On September 14, 2020 she was called to be with the Lord. Estella was a beloved and dedicated wife, mother, sister, aunt/tia, teacher and friend. Just this year she became a Nanita (Grandma) for the very first time to her little Ariana who she couldn't wait to meet and was already so proud of.

Estella was born on October 24,1959 in Tucson, Az to Juan and Josephine Mirano where she lived until 1978. Estella met her husband Reuben in 1974 at  a roller skating rink by chance even though they both went to the same school and became high school sweethearts. On November 10,1977 they were married and spent time away from Tucson stationed in Tustin, California; Honolulu, Hawaii; and Yuma, Arizona while Reuben was in the Marine Corps. During this time Estella became a

doting mother to Santos and Veronica. In 1984 they came back to Tucson to be with family.

Estella always had a passion for teaching. In the mid 90's she began attending the University of Arizona for a degree in education. While there she received the first B grade she had EVER received in her life and petitioned it and got it changed to the A she deserved. While at the U of A Estella was in the Honors Program as well as on the Deans List with distinction and received a gold cord at graduation all while raising two kids and helping take

care of her ailing mother.

both her children had attended elementary school there as well as Estella being a school monitor and teachers aide there. The very first classroom she had to call her own was the exact same classroom that had been her daughters kindergarten classroom. While at Blenman she impacted the lives of numerous students many of whom would contact or visit her.  In 2015 Estella won TUSD Teacher of the Year Award for Blenman Elementary something she was very  proud of. While at Blenman she made a lasting impression on anyone she came in contact with and met many co workers who became life long friends. Estella spent her whole, almost 21 year, teaching career there at Blenman Elemantary and had plans to retire in December and take care of her beloved grand daughter Ariana once she came home from the hospital.

Alexa, Nico, Justin, Nick, Erika, Adan, Jorge, and Vanessa, as well as many other friends that she saw as her own family.  She is preceded in death by her parents Juan and Josephine, her brother Johnny, as well as her beloved friend Vi.

Estella loved her family, friends, cats, and education with a whole hearted passion and has forever impacted the

lives of anyone she came in contact with. She may be gone from this earth but will forever live in the hearts

of all who got the pleasure to meet this beautiful soul during her time here.

Unfortunately due to covid the services will be private and will be held on Friday September 25, 2020 at Bring's Funeral Home and she will be laid to rest at Holy Hope Cemetery following. Services at Brings will be available for streaming at

held a close place in her heart.

To send flowers to the family or plant a tree in memory of Estella Beltran, please visit Tribute Store

Share Your Memory of
Estella
Upload Your Memory View All Memories
Be the first to upload a memory!
Share A Memory
Send Flowers