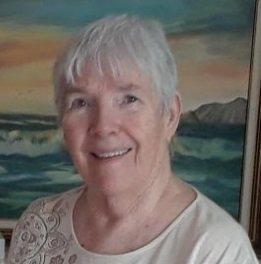 Sandra Ann (Caldwell) Wisdom, 80, of Tucson, AZ formerly of the Omaha area of Nebraska was called home on Monday September 14.

Sandy was born on July 30, 1940 in Boston, MA to Ralph and Rita Caldwell. She was the youngest of eight children. Sandy moved to Omaha in 1959 to be with her sister Thelma and worked for the local telephone company as an operator. It was there she met the love of her life John Thomas Wisdom. Sandy and John were married on October 28, 1961.

John and Sandy moved to Tucson in the winter of 2008 to fulfill her long-time desire to live in Arizona.

Sandy did not wish for there to be a memorial service. The family wishes to thank all those who have supported them during this difficult time.

In lieu of gifts please send donations in Sandy’s name to either The American Cancer Society, American Diabetes Association or the International Elephant Foundation.