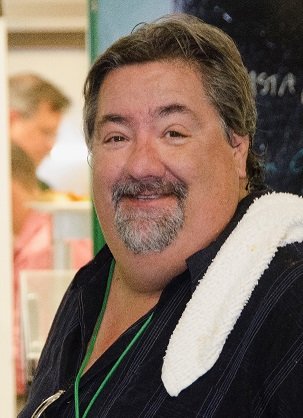 Obituary of George A. Markou

George Markou, 50, who lived in Tucson, Arizona for 36 years, passed away April 3rd, 2020 after a short battle with cancer. He was born in Yonkers, New York, on April 21, 1969. His family left New York when he was four and returned to Greece. Growing up in Piraeus, he loved to play soccer with his friends. When he was fourteen, he moved to Tucson and attended and graduated from Rincon High School in 1987. His first job was at Chuck E. Cheese where he met lifelong friends and fell in love with the idea of owning a restaurant.

In 1995 he married Traci, whom he met when they worked together at Desert Mazda in the service department. The love of restaurant ownership had him leaving his job as an Assistant Parts Department Manager to work as a short order cook at Peppy Lou’s breakfast restaurant. There he memorized customers’ usual orders and learned how to run a kitchen efficiently.

He later worked for Reliastar, handling health insurance claims which led him to a brief but interesting career with Accent, recovering health insurance overpayments. He enjoyed travelling across the country and seeing different places, while on assignment auditing. On September 11, 2001, he was waiting at the airport to fly to a job assignment and was immediately sent home. Changes in insurance law led to George being laid off. With the world reeling from the terrorist attacks and the changes brought on by those events, George struggled to find work and decided to return to his first love.

George decided to finally follow his dream, and together with Traci they opened The Fat Greek restaurant at Park and University near the University of Arizona’s Main Gate. Their first location was modest and located upstairs. They invested everything they had and hoped for the best. Thanks to the help of their landlord who placed their menus in hundreds of dorms the day before, they had a line out the door on day one.

Over time, the restaurant grew in popularity and moved downstairs to a larger space. George enjoyed the challenge of cooking, managing, and running The Fat Greek. He got to know his customers, many regulars who kept the business churning. With success came George’s desire to open a second location, Fat Greek 2, on the corner of Swan and Camp Lowell. George and his wife started a small hobby farm to provide fresh produce and meat to their restaurants.

In 2012, their first location was damaged due to a broken water line and was closed for over a year for repairs. The second location began to lose business and George closed it in 2013. When he reopened The Fat Greek, he changed the restaurant’s name to Pelio Grill, Greek Taverna and Catering in honor of his late father who loved the beautiful setting of Mt. Pelion in Greece.

George spent his final years refereeing soccer in his free time and supporting his children in their endeavors in high school band, soccer, and football. For fun he drove his 350Z, enjoyed gathering with his friends, and occasionally visited the beach in Mexico. Those that knew and loved him knew that rules did not apply to him. He had a joy for life, drinking, dancing, singing off key, and having a good time. He did things his way.
He is survived by his three sons, Gabriel, Christian, and Kyriakos, their mother Traci, his mother Kiriaki, his brother Mixalis and sister-in-law Labi, his brother Yanni and sister-in-law Eleni, and two nephews. His lifelong Chuck E. Cheese friends, aka the gang, Mitch and Holly, Don and Stacy, and Pete and Stacy will celebrate his life and mourn his loss. His best friend Kouli and his many Greek friends will drink to his honor, and he will live long in everyone’s memory. His high school game buddy, Seth, will cheer on without him. George was preceded in death by his beloved father, Andreas.

A celebration of life will be held at a date to be determined.

In lieu of flowers, those wishing to commemorate George’s life are asked to contribute to the Markou Family Trust, the funds of which will be used for his children’s education.
Checks can be sent to:
Markou Family Trust
c/o TOPCU
PO BOX 27026
TUCSON AZ 85726

Electronic contributions can be made via PayPal to markoufamilytrust@gmail.com

Share Your Memory of
George
Upload Your Memory View All Memories
Be the first to upload a memory!