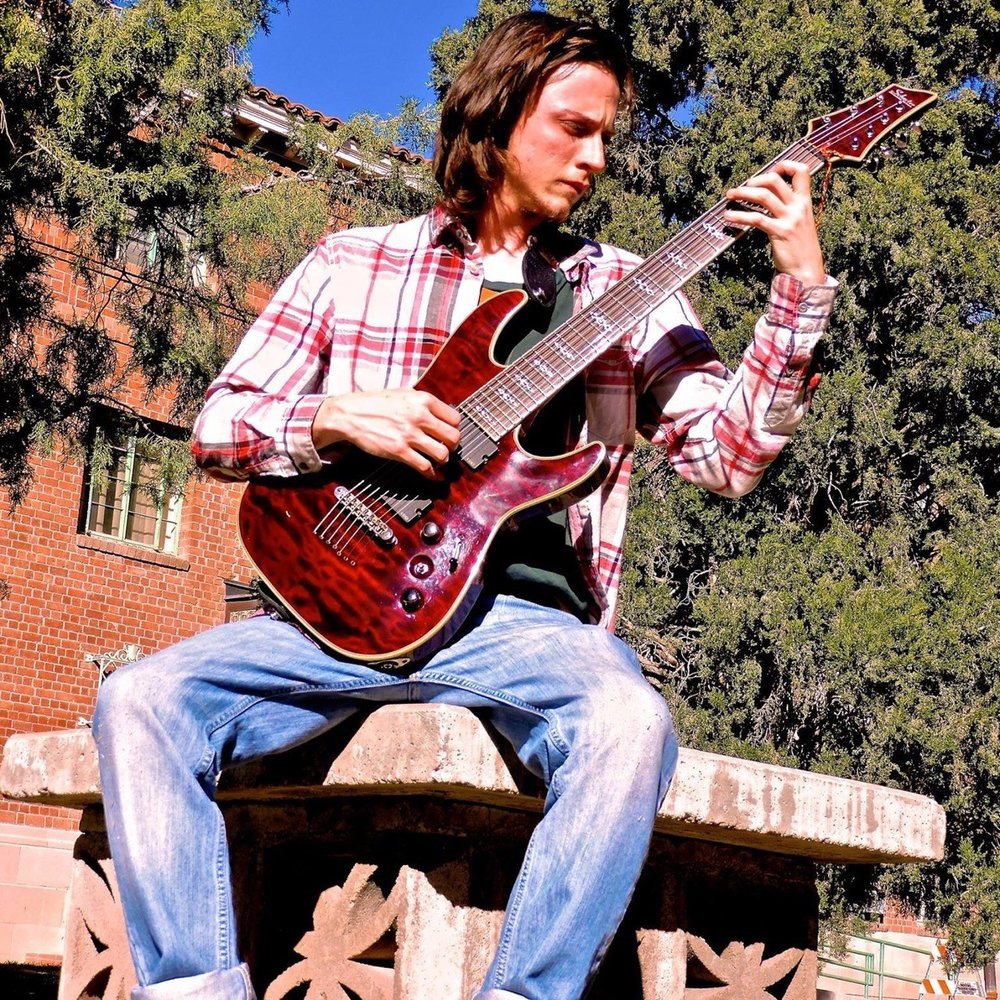 Graesyn Lawrence Spiers born June 9th, 1994. Graesyn tragically passed away on February 29, 2020 at the young age of 25 while furthering his studies in Guitar at the University of Louisville, Kentucky. Graesyn was attending their Master’s program on a Graduate Service Award Scholarship.

He now joins his baby sister Elle Morgan Fina who passed away in 2012 and his Great Grandparents Virginia and Paul Pillsbury in Heaven.

Additionally, he was awarded a scholarship at Domaine Forget in Canada, where he studied classical Guitar.

Passionate in music, he spent time studying and playing with the classical guitarist, David Russell, who is widely known for his near flawless tone and diverse repertoire, is one of the most distinguished and accomplished classical guitarist in the world and won a Grammy Award for best instrumental soloist in 2015.

Graesyn also proudly studied Classical Guitar with Sergio Odair Assad who is a talented Brazilian guitarist, composer and arranger who received a Grammy Award for best contemporary compositions in 2008.

Prior to attending the University of Arizona, Graesyn graduated from Canyon Del Oro High School with Honors. In his free time, Graesyn taught guitar to several students privately, in both Tucson and Kentucky. He worked at Guitar Center teaching the art of music. Ever so talented and committed to his love of music, Graesyn learned the art of tuning the Steinway Piano, a skill that for most struggle a lifetime to achieve.

Dr. Mattingly at the University of Louisville described Graesyn’s beautiful nature best. He said, “Graesyn’s presence was not merely witnessed, but felt. His emotional and kinetic energy was rich with life’s full spectrum and potential expression. For this, among many other reasons, we are all fortunate to have known him. Graesyn shined brightly among us in brilliant color. As a teacher, I learn from my students, and while Graesyn has transcended this world, we are all still learning from him.” One thing Graesyn taught us is his unwavering bravery to be vulnerable and to take risks. Graesyn is a unique piece of our musical fabric and he will continue to leave his lasting impression on us all. His compassion and love was unmatched and he will be greatly missed by many. May he Rest In Peace both now and forevermore.

Memorial Celebration of Life for Graesyn will begin at 4:00 PM on Sunday March 21, 2021 in the botanical garden at Tohono Chul Park 7336 North Paseo Del Norte, Tucson.

In lieu of flowers, the family would like to request a donation to the Arizona Suicide Prevention Coalition.

Share Your Memory of
Graesyn
Upload Your Memory View All Memories
Be the first to upload a memory!
Share A Memory
Plant a Tree