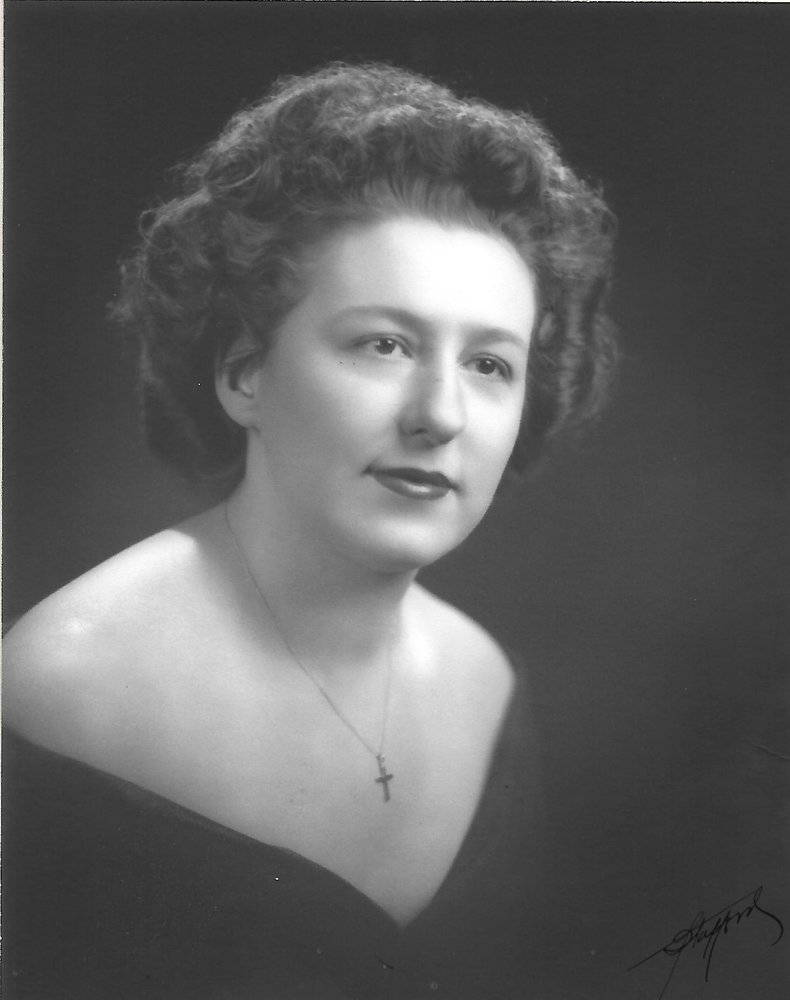 Irene Jeanne Shafer passed on angels’ wings into the arms of God on March 9, 2020.

Irene was born to Mary and Michael Yurcega in Campbell, Ohio on November 10, 1925. A middle child of immigrants, she was raised with five siblings in the shadow of steel mills. Having lost her mother early in life, she helped care for her brother and sisters while attending school – a caregiver even then. Early on, Irene showed her aptitude for learning, graduating from high school at the age of 16. Determined to pursue her dream of becoming a nurse, Irene moved to Chicago where she graduated from the Walther Memorial School of Nursing as a Registered Nurse. She continued to work in this noble profession for almost 60 years; all the while she never stopped advancing her nursing education. In 1978, Irene earned a Bachelor’s Degree in Nursing from Stephens College. In 1983 became a pioneer Nurse Practitioner in the field of Adult Gerontology.

On June 20, 1948, Irene married the love of her life, James Shafer, whom she met in Chicago while in nursing school. They were devoted to each other for over 61 years, until Jim’s death in 2009. Together, they raised two daughters, Kathleen and Patricia. For many years Jim and Irene planned to pursue their dream of moving to Arizona and, in 1974, their dream came true when they became the owners of Mountain View Nursing Center in Safford. They worked side by side with Jim as Administrator and Irene as Director of Nursing, caring for the elderly and chronically ill of the Gila Valley for 12 years. Irene continued her devotion to caring for people as Director of Nursing and Administrator in care facilities throughout Tucson including Villa Maria. In the last several years of her career she helped establish the US Veterans Administration Safford Outpatient Clinic and loved caring for our veterans; especially those who served in Vietnam. Irene only gave up actively tending to patients to care for her ailing husband.

Irene’s strong faith fueled her devotion to caring for others. She and Jim were active supporters of the St. Rose of Lima church throughout their life in the Gila Valley and were guides and mentors to many through their involvement with the Cursillo movement. Irene touched the lives of countless people every day. All who loved her will miss her deeply.

Irene is survived by her daughters, Patricia Shafer and Kathleen Shafer, Kathleen’s husband, Dr. Leland Veith; numerous nieces, nephews; great nieces, great nephews; and many who “adopted” her as mom, grandmother, or auntie. In lieu of flowers, donations in Irene’s memory may be made to the American Cancer Society, the Alzheimer’s Association, or The Humane Society of Southern Arizona.

Viewing will be on Sunday, March 15, 2020 from 3PM to 5PM with the rosary following at Bring’s Broadway Chapel in Tucson. Mass will be celebrated at St. Francis de Sales Catholic Church in Tucson on Monday, March 16 at 10AM. Following the mass, Irene will be laid to rest in the All Faiths Cemetery, Our Lady of the Desert in Tucson.