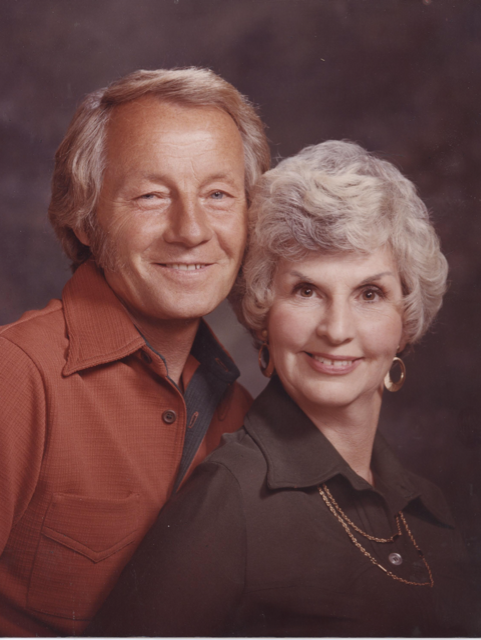 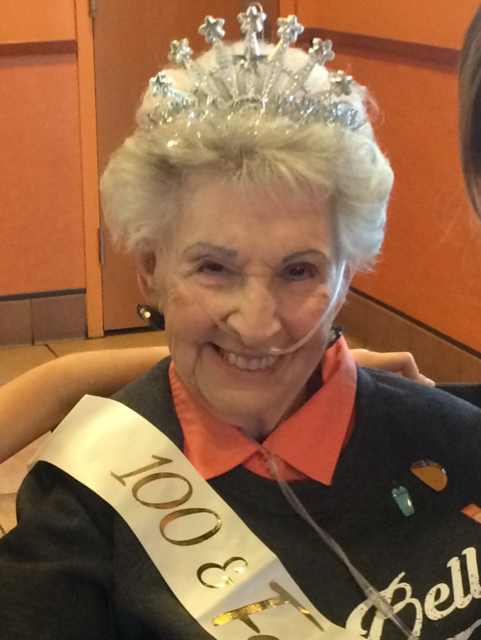 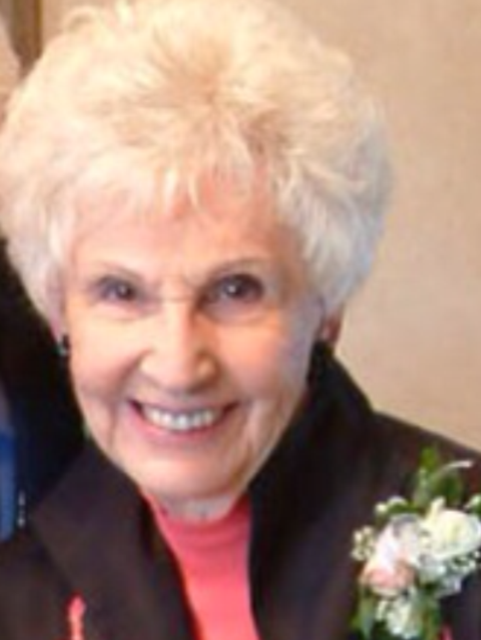 100,  entered into eternal rest on January 6, 2020 and is now walking with Our Lord and reunited with Robert, the love of her life and devoted husband of 78 years.  She is survived by their daughters, Cheryl (Ron)Wiener and LaDonna Leonard, both from Tucson. The beloved matriarch of the family, Wanda was known affectionately as “Muffie” to their four grandchildren, Mindy Wiener (NC), Andrea (Scott) Rubin (Scottsdale), Ben (Amy) Hunt (MO), and Jeff (Ingrid) Wiener (NV), eight great-grandchildren, Chrissy (Andrei) Barlahan, Brenden Barness, Jayden Wiener, Cole Barness, Amelia Nespeca, Evan Barness, Raigan Joy Hunt, Jasper Nespeca, and great-great-grandson Dawson Barlahan.  She was predeceased by her parents, Clayton and Aloysia Harrison and brother & sister-in-law Arnold & Connie Harrison.

Wanda was born on November 29, 1919 in Detroit, MI to, as she would describe them, the most loving anddevoted parents. She and her older brother (by two years) considered themselves to be the luckiest kids to have such devoted parents. Although they didn’t have much money they were rich in affection. They were shown how important they were to their parents by giving them discipline, instilled the importance of a conscience and gave them strong Christian values. Their parents demanded respect and in turn gave them respect.

They may have been a family of four, but there house was always filled with other family members in need of a place to stay, eat, or just hang out. As several family members were musically inclined, there was always music in their lives. Wanda got the bug to dance from an early age watching and joining the adults roll up the carpets and square dance.  If music wasn’t coming from the house then laughter was.  Most of her childhood she lived in Detroit, Chicago and then Toledo,OH.  She received a scholarship from their parish priest to attend Notre Dame Academy, an all girls high school.

To help out with family finances she got a job at the local ice cream Shoppe. She was so excited to get 25c per hour! It was there she was invited to go dancing with a group to the Trianon Ballroom. Wanda quickly became the “Dancing Queen” & always joked that the Trianon was her Alma Mater.

While working at Tiedtkes Department store restaurant she met the love of her life, Robert LeRoy Walston, who worked in the appliance department of the same store. Their first date was to the Trianon. He was not only handsome & had a car, but he could also dance. He was from a rigidly strict farming family so he very much enjoyed & appreciated this new fun loving family who also shared his work ethics, morals and life values.

Wanda & Bob were married on January 25, 1941 at St. Mary Magdalene Catholic Church in Rossford, OH. The following year he was drafted into the US Army, but less than a year later, received an honorable discharge, with help from the Red Cross, to go back home to care for Wanda, who had contracted tuberculosis, was in a sanitarium & not expected to live!

It was almost miraculous how her health improved from all the love and prayers and having Bob there! The doctors still told her she was living on borrowed time. She was also told she’d never be able to have children, so the births of 2 daughters were beyond blessings.

In 1950 the family went to Southern California to visit her brother, his family, and Wanda’s parents and other family members who had all moved there. The idea of not shoveling snow was an incentive, but having all her family together again made it an easy decision to make the big move to Lakewood, CA. This family prayed together, stayed together, and so enjoyed life together.

In a 1960 Wanda was diagnosed with breast cancer and had a radical mastectomy. (That was long before there was such a thing as reconstruction surgery. She was almost a 60 year BC survivor!)

She retired from Douglas Aircraft, Long Beach as the men’s apparel buyer for the employee’s store. They later moved to their second home in Big Bear, CA where they soon realized that visiting the snow every year was fun with family with them but living full winters in it was not for them so they made a drastic move to Sierra Vista, AZ . One of their proudest achievements together since retirement was being charter members & heading the steering committee for the formation of what is now Our Lady of the Mountains Catholic Church in SE Sierra Vista. Walston Way in Sierra Vista was the actual path they took from their property to the church location. After 12 years there they made the move to the Tucson Estates community where they lived for over 30 years. Due to declining health, their final move, less than two years ago, was to Mountain View Retirement Village, Assisted Care.

For over 20 years, Wanda was Bob’s ears and he was her eyes due to her macular degeneration. They each knew the other relied on them, so much so that at several times when family feared the worst, by golly if they wouldn’t just will themselves to hang on one more time to be there for the other. Everyone said they each had more lives than most cats, or were the epitome of a living energizer bunny. Unfortunately, Bob passed away 6-10-19. Wanda was left with a broken heart. They were inseparable until then. Everyone would comment how precious the two of them were together. They were usually holding hands. She wasn’t used to being alone and was so lonesome for him, she declared that she, too, was ready and praying to go.

When the family started planning her 100th birthday she perked up and actually started looking forward to it. She was overwhelmed with the outpouring of friendship and love that day at her favorite place to go out for lunch, Taco Bell! With mariachis playing and the red carpet out for her, she couldn’t imagine anything better. And KGUN9 even interviewed her, again. (They also interviewed them both, January 25, 2019 for their 78th anniversary).

The family is so grateful for the excellent care of both Wanda and Bob by the amazing and loving caregivers and all the staff at Mountain View. They really did feel at home with you all. Wanda so loved all her family and her Catholic faith. She has been an inspiration to all who knew her. We will surely miss her laughter, words of wisdom, kindness, compassion, generous spirit, gentle charm, witty humor, and the warmth of her love.

Mom, we can’t thank you enough for your beautiful legacy that you, with Dad, left us with - knowing the true meaning of devoted family love. We have been so very blessed to have had you in our lives for all these years and will cherish all our treasured memories shared with you. We know you are dancing in your favorite partner’s arms to your song “Only Forever”-now it’s truly forevermore.

Funeral arrangements by Bring’s Broadway Chapel, 6910 E. Broadway Blvd., where there will be Visitation and Viewing on Friday, January 31, 2020, 4:30 PM – 6:00 PM. Funeral Mass will be held on Saturday, February 1, 2020 at 10:30 AM at St Odelia’s Catholic Church, 7570 N. Paseo Del Norte. A final viewing will be held just before the Mass 10:00 AM at the Church. There will then be a procession to the Holy Hope Cemetery Mausoleum for a graveside service.

To send flowers to the family or plant a tree in memory of Wanda Walston, please visit Tribute Store