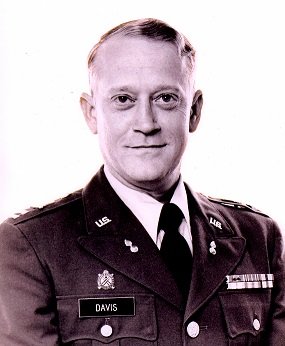 Richmond Granay Davis, age 67, was born February 5, 1952 in Kansas City, MO. to James Granay Davis & Rosalie Richmond Davis.  He died December 15, 2019.  He lived most of his childhood in Chicago, IL. and graduated from Hinsdale Central High School in 1971.  He attended Arizona Western College, the University of Arizona and graduated from Northeastern University in Chicago IL. in 1977.  Rich held two Masters Degrees.  He completed ROTC at Wheaton College.  He entered the Army in 1978 as a Second Lieutenant.  He married Lynda Lance in 1980 and they had three daughters-Emily, Ashley and Cheyanne.  They were married until 1992.  Richmond left active duty Army in 1990 and joined the reserves.  He married his current wife, Dr. Pamela Black, Pediatrician in Tucson, in 1999.  He reactivated his commission as a Major in the Army in 2006 until 2012.  He was stationed in Bellechase, LA.  Rich and Pam are members of St. Alban's Episcopal Church.  They enjoyed golf, traveling, cruising and attending music concerts, especially Country Thunder.  He was devoted to his children and grandchildren.

He was a 32nd Degree Mason at the Marion McDaniel Masonic Lodge in Tucson.  He joined the Sabbar Shrine Temple in 1979.  He became very active in the Shrine in 2012 when he retired from the Army.  Rich went up the Divan becoming Potentate in 2016.  His personal interests included the Shriners activities, church, family and cars.  Richmond is survived by his wife Pamela, his three daughters Emily Timmerman (Eric), Ashley Davis and Cheyanne Davis.  Step-sons Steven Black and Gregory Black.  Grandchildren Devyn Timmerman and Persephone Sanchez.  Sisters Nancy Davis (Rick Bilick), and Barbara Hernandez (Clay).  Nieces Crystal Bradley (Tony) and Annie Bathen.  Great nephew and niece Beau and Rosalie Bradley.

To send flowers to the family or plant a tree in memory of Richmond Davis, please visit Tribute Store
Friday
20
December

Share Your Memory of
Richmond
Upload Your Memory View All Memories
Be the first to upload a memory!
Share A Memory
Send Flowers