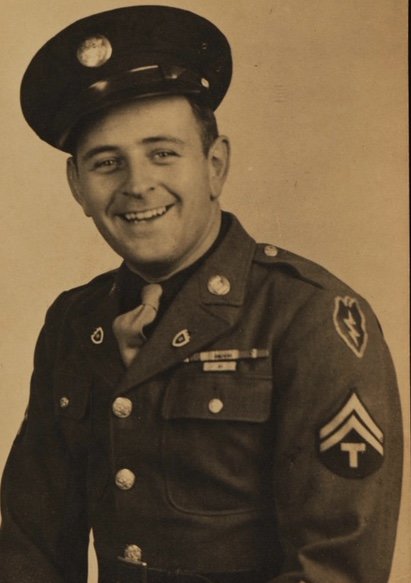 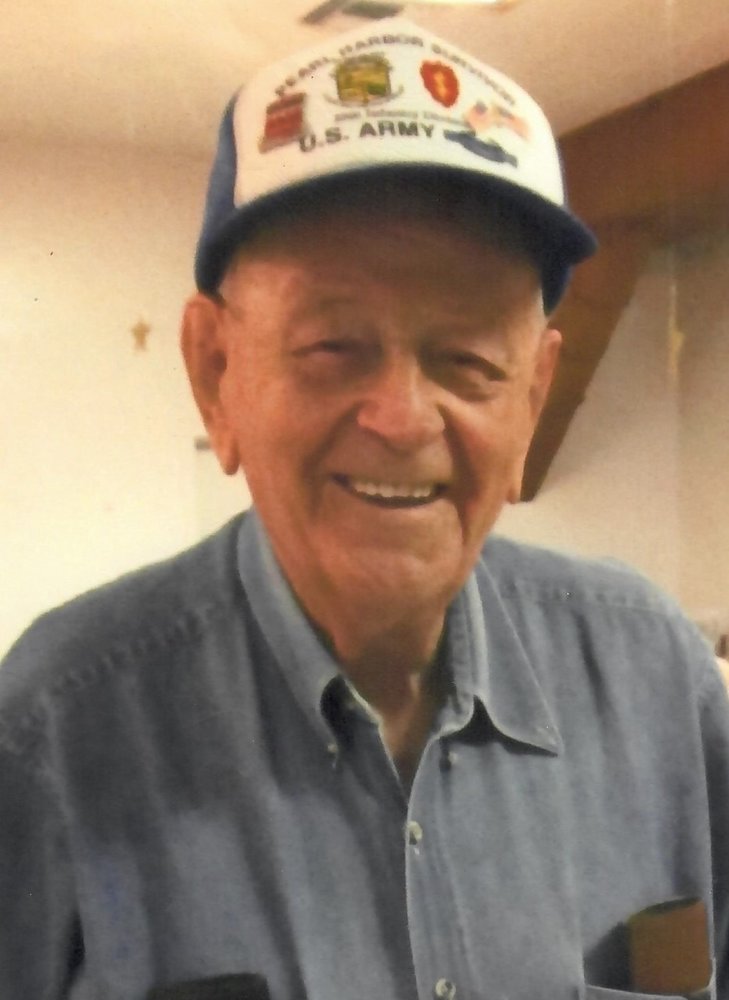 Obituary of Maurice A. Storck

It is with great sadness that we announce the peaceful and sudden passing of Maurice A. Storck Sr. at the age of 97 ½ on November 29, 2019 at the Arizona State Veterans Home in Tucson.

Maurice was born May 20, 1922 in Portland, Maine to Ray and June Storck. He grew up in Portland and attended local schools until the age of 14 when he enlisted in the Maine National Guard, full-time. As a child growing up during the Great Depression, he worked several jobs to support his family which cultivated a life-long, strong work ethic. At the age of 17, he transferred into the US Army and was assigned to the Hawaiian division in 1940. Less than a year later, while stationed at Schofield Barracks, he witnessed the start of World War II when Pearl Harbor was attacked. Subsequently, the 25th infantry division was formed, and he went on to see combat action in Guadalcanal and several other major battles before being severely wounded during the invasion of the Philippine Islands.

It was during this time period that he met the love of his life, Nancy Gower, while on R&R leave in New Zealand. They were married in Papakura, New Zealand in 1944. In 1945, his new bride traveled by boat to America with their newborn son Maurice Storck Jr. to reunite with him. He was hospitalized and had been medically discharged due to his war injuries. This left him as a decorated veteran. He received several prestigious medals including a purple heart. In 1946, they welcomed their second child, Aron A. Storck, which completed their family.

Following his discharge, Maurice received an associate degree from Portland Jr. College where he learned the basic principles of owning and running a business. He had a passion for coins and stamp collecting, so it was a natural choice for his business. He was well-known throughout Maine and New England for his expertise in this area, and he was a contributor to the Guide Book and Handbook of US Coins. He traveled extensively throughout the United States and the world attending many national coin shows. In 1954, he was one of eight US numismatists who attended the world auction of King Farouk’s coins in Cairo, Egypt. In 1960, he opened a stamp and coin store in Portland. At that time, this was the largest in the state which he operated until 1970 when he retired and sold his business.

In retirement, he and his wife traveled all throughout the United States in their motorhome with their beloved dogs before settling in Tucson, Arizona in 1973. They spent their summers in Maine until the passing of Nancy in 1990. Maurice then became a year-round resident in Arizona where he began his extensive volunteer work at the Veteran’s Administration volunteering over 54,000 hours. He was a life-time member of the Portland Club, the first life-time member of the American Numismatic Association, a 32nd degree Mason, a member of the 25th Infantry Association, and a life-time member of the Tucson Coin and Stamp Clubs. He also enjoyed his time spent with his family in Maine, the annual military reunions, and attending various stamp shows throughout Arizona. Those that knew him socially, knew he had a strong passion for animals, that he thoroughly enjoyed watching old war movies, and that he was an accomplished bridge and pool player. Like the Frank Sinatra song titled My Way, Maurice A. Storck did it his way!

Maurice A. Storck is survived by his son Aron Storck and spouse Cynthia; grandson Craig Storck and spouse Amanda; granddaughter Gretchen Freshour and spouse Brian; and two great-grandchildren, Jaycee and Rylee Freshour all of Oklahoma City. He also leaves behind several relatives in the New England area, Alaska, and New Zealand. He was predeceased by his parents Ray and June Storck; his wife Nancy Storck, two brothers Ray and Morgan Storck; and his son Maurice A. Storck Jr.

A private family burial and memorial service with full military honors is being scheduled at Arlington National Cemetery in Washington, DC at a later date.

Memorial donations can be made by donating in his honor to Handi-Dog. This is a non-profit Tucson organization dedicated to helping older adults, veterans, and people with disabilities gain independence and improve their quality of life through specialized trained rescue dogs. By Mail: Handi-Dogs 75 S. Montego Dr.; Tucson, AZ 85710 Online: www.handi-dogs.org

To plant a tree in memory of Maurice Storck, please visit Tribute Store

Share Your Memory of
Maurice
Upload Your Memory View All Memories
Be the first to upload a memory!
Share A Memory
Plant a Tree