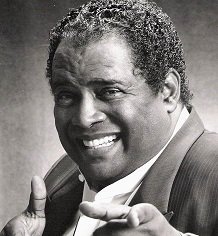 Thomas “T. Richard” Smith – Husband, Brother, Father, Uncle and Friend. Tommy, as most knew him, was born at St. Mary’s Hospital October 30th, 1952, to William Smith and Helen (Johnson) Smith. He was the older brother to James Moses and Roy Wilkins, all born and raised in Tucson, Arizona. At a young age you could tell he loved dressing up and looking good in public. He was in the children’s choir at Prince Chapel AME church and found that he enjoyed and was good at singing. Although he never got the chance to be in a band and tour the world, he never gave up his joy for using his voice. He was a member of the Boy Scouts, Little League and played football in high school. He attended John Spring and Roosevelt elementary schools, Roskruge, John Spring and Safford middle schools, Salpointe and Tucson high Schools. Summer jobs gave him a chance to do community services and meet and work with people who got him ready for his next love, broadcasting. During the early 1970s he began working in a local AM radio station as a technical engineer. He was given his own show and played Soul and R&B hits on Saturday nights. Working with other local Black radio personnel, he co-hosted the show “Looking Black” which also made it to television. Finally getting to design and name a show “Impak” which was on KTKT-AM Sunday nights, he started his quest to play and educate listeners on classic Soul music from the late 1950s and1960s.

He left Tucson to attend Daniel Payne Seminary in Alabama, after which he returned to Tucson and became an ordained minister in the AME church. He also returned to his love of radio broadcasting to play gospel music Sunday mornings on KXCI-FM. After a few years the Impak Radio Show was back on the air Friday nights then transitioned to Saturday nights where it is now hosted by his son Martin “DJ Mookie” Smith. Even when his health started to decline, he did not want anyone to feel sorry for him and carried on to the best of his ability. He has Emceed many Tucson concerts and has had many interviews with top performers such as Dennis Edwards of the Temptations, Sam Moore of Sam and Dave, and Larry Cunningham of The Floaters. As often as he could he would promote local artists and give them an open invitation to visit the show and talk. He was recently given a Certificate of Appreciation from the City of Tucson for all his work in the media field. He is survived by his wife: Dr. Kathy “KT” Turner, two sons: Alexandre and Martin, three grandchildren: Alex, Chris, and Jordynn, brother: Roy Wilkins, sister: Susan Wilkins, nephews: James, Jarrel, Jamar, and Nikkolas, nieces: Arlette, Trina and Crystal, grandnephew: Trey, grandniece: Joi and a host of family from coast to coast.

To send flowers to the family or plant a tree in memory of Thomas Smith, please visit Tribute Store

Share Your Memory of
Thomas
Upload Your Memory View All Memories
Be the first to upload a memory!
Share A Memory
Send Flowers