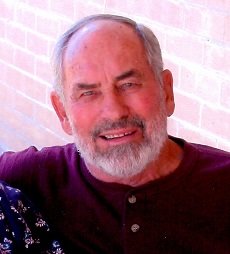 John Dexter Tatterson Jr., 87 of Tucson, Arizona passed away November 2, 2019 after a diagnosis of pancreatic cancer in September.  He passed away under the loving care and support of Pathways Hospice at his home surrounded by close family and friends.

A celebration of life service will be held at 10:30 am, Wednesday, November 6, 2019 at St. Francis DeSales Catholic Church 1375 South Camino Seco Tucson, Arizona 85710.  "Jack" will be laid to rest with his wife Donna at Our Lady of the Desert Catholic Cemetery, Tucson, AZ.

Jack was born December 17, 1931 in Oroville, CA. to John & Faye (Dunn) Tatterson.  His mother died when he was 4 years old and he and his brother Gerald were raised by relatives until their early teens.  His father remarried to Elva Nicholas, they had two sons George and Stanton.  Jack graduated from San Juan High School, Citrus Heights, CA. in 1950 and enlisted in the U.S. Navy.  He spent his military years in Hawaii aboard the USS Essex-V-7 Division in Korea, Japan, the Philippines, Hong Kong and San Diego, CA. and was honorably discharged in 1955.

In 1957 he married his former partner Patrcica Bunn.  They raised three children John, Janet and Patricia, divorced in 1984.

Jack was employed as a journeyman machinist/welder at Aerojet Rocketdyne and HCH Machine in Rancho Cordova, CA.  He retired in 1989 and moved to Tucson, AZ.  in 1997, he married Donna Louzensky and was an amazing husband and stepfather to her son Matthew.

Jack enjoyed jogging, camping, bowling, boating, fishing, golfing, baseball, water skiing, and snow skiing.  He loved watching football, drag racing and the Olympics.  He traveled throughtout the United States and parts of Europe.  One of Jack's favorite pastimes was working on household projects with a pocket knife, a hammer and a roll of duct tape.

Jack spoiled his spouses, children, grandchildren and friends with "I love you" and generousity.  He enjoyed country music-Jim Reeves, Conway Twitty, Merle Haggard, Tim McGraw and the Highwaymen.  He loved reading the newspaper and eating breakfast out.  Jack was a collector of facts about current events, the weather and trivia.  He was a happy man who was known for his quick opinion, compassionate spirit and smile.  He lived an amazing life full of love, friendship and happiness.

Jack is survived by his daughters Janet and Patricia, stepson Matthew, grandchildren and his brothers Gerald and Stanton.

If Jack had written his obituary he would have added...

"Thank you Lance Ryberg(barber) for keeping me from looking ugly, thank you to my friends at Joes's Pancake House for good conversation, thank you Uncle Joe for your loyal friendship, and thank you family and friends for being part of my life.  Thank you and I love you."