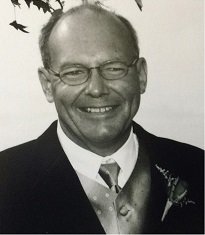 The loved ones of Richard “Sandy” McCormick sadly announce he has departed this world, passing peacefully in his sleep at his home in Tucson. He was deeply admired and loved, beyond the ability of even his great mind and heart to comprehend.

Sandy was born with a powerful intellect and curiosity that led him to attempt mastery of all his interests, though the results sometimes manifested in contradictory ways. He displayed the discipline and strength needed to become an Eagle Scout and earn the Order of the Arrow, while remaining the number one suspect in the practical jokes that disrupted an encampment. He loved racing sports cars, but was indifferent to working on them. He admired alternative music, but gave voice to standards by Sinatra and Diamond. He was a raconteur, who could present proposals to any number of listeners and sing from the heart before a crowd, but was always shy and uncertain within, testing the waters at every moment for acceptance.

Though his last decade brought disability and decline, our Sandy lived his life to the full. He was athletic: excelling at judo, swimming, racquetball, and tennis; a vigorous hiker and camper; a lover of windsurfing, sailing, and diving. He was cerebral: a 1974 graduate of Buena High School and an alumnus of Arizona State University and the University of Arizona who never stopped learning or educating himself. If his astounding intelligence left you thinking he was the smartest guy in the room, you were rarely wrong. He was a true gentle giant: never physically aggressive, deeply loving to his pets and the people he cared for, drawn to the lowly reptile or crawling beast that many might reject. He worried about others' feelings and was deeply curious about their needs and interests, willing to help where he could.

Sandy loved science, pursuing an interest in chemistry from boyhood, majoring in geology, enjoying paleontology, and becoming at last a materials engineer running, for a time, his own research

and development company. He was always reading, a lover of Norton and Asimov, Lovecraft and Tolkien, and of all manner of history, especially military. You might find him playing chess, computer games, table top games, or RPGs, but he loved strategic games best of all. When the rules didn't fit his vision, he modified them or wrote and published his own. One had to step back when he and his friends took over the living room or an empty street with ship models and engaged in carefully regulated combat. Like everything else, that love of modeling grew beyond the constraints of the box; you could only marvel at the growing collection of fully customized World War II American armored battalions that put him in charge of his own army.

Sandy's humor sometimes required an advanced education to follow and might come across as facetious, irreverent, or off-beat, but for those who “got it”, seldom failed to elicit a smile. Though he quoted Shakespeare and wrote the most feeling of poetry, he delighted at all times in the tormenting wit of the pun. The humor and smiles we will always remember, along with all the things that endeared him to us.

Sandy's loss leaves a great hole in our hearts. He was preceded in death by his parents, Conrad R. “Mac” and Sarah M. McCormick. Oldest of four, he always had time for his younger siblings who survive him, Elissa (Thomas) Hunt, Corwyn (Lisa Wilhoit) McCormick, and Amy McCormick. He is also survived by his loving companion and caregiver of many years, Christine Donovan.

Arrangements are by Bring's Broadway Chapel (6910 E. Broadway Blvd., Tucson), where a celebration of life will be held at 1 p.m. on Friday, November 15th. A gathering for family and friends will follow at an off-site location.