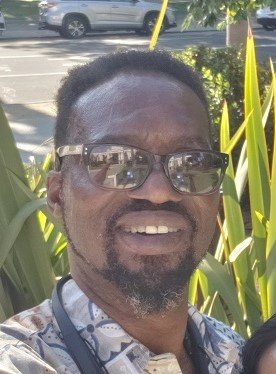 Lindsey W. Jackson, 53, was born December 17th, 1964, in Boston, Massachusetts to late Rosalee Smith Jackson and late Alfonso Welch Sr. He served in the United States Navy during the Desert Gulf War. After the time he served, Lindsey found himself to be stationed in the Philippines, where he later met the love of his life at the same military base. He later got married to Erna Jackson in Illinois, in which he then found himself to be honorably discharged. The family began to grow even more as Lindsey had his firstborn son, Paul Jackson. Lindsey later moved to Chandler, Arizona with his wife Erna Jackson, and son, Paul.

Lindsey loved to be around open roads and nature. During his free time, he would watch National Geographic TV and PBS shows about animal interactions and greenery. He loved to go out camping and engage himself with the rest of the natural wildlife. During those moments, Lindsey found himself to enjoy hiking, biking, playing basketball, and sightseeing the rest of God’s creations. Lindsey found himself to always wanting to be open to understanding stories of others, in which he took the time to watch historical and suspenseful movies, read non-fictional books, and listen to political podcasts.

Share Your Memory of
Lindsey
Upload Your Memory View All Memories
Be the first to upload a memory!
Share A Memory
Send Flowers