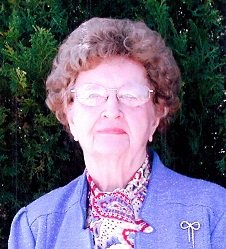 Ruth A. Sanders May 28, 1924 – Oct. 22, 2019 Ruth Anne (Shafer) Sanders, 95, died Oct. 22, 2019 in Tucson, AZ. She was the daughter of Forest and Hattie Shafer of Lakeville, IN. Ruth was a graduate of Lakeville High School in 1942, and received one year of nurse’s training at Indiana University the following year. During WWII she worked at Ball Band in Mishawaka, providing boots to the military. On November 27, 1943 she married Keith A. Sanders. They raised their family, first in Gilmer Park and then in River Park (South Bend), where she became an award winning sales representative for Avon products. Ruth and Keith retired to Tucson 25 years ago. Ruth was preceded in death by her husband; five brothers, Richard, Donald, Wayne, Larry, and Paul; two sons, Kraig and Eric; and two daughters, Vicki and Priscilla. She is survived by one brother, Rodney, of Lakeport, CA; four sons, Dennis of New Albany, IN, David (Barbara) of Portage, MI, Marc (Renée) of Bolivar, MO, and Jeffri of Tucson, AZ; seven grandchildren; and four greatgrandchildren. A graveside service will be held at Southlawn Cemetery in South Bend, Indiana on Saturday, November 9 at 10:00 a.m. Palmer Funeral Home–River Park is assisting with local arrangements there. Online condolences may be shared at www.palmerfuneralhomes.com.

To send flowers to the family of Ruth Sanders, please visit Tribute Store

Share Your Memory of
Ruth
Upload Your Memory View All Memories
Be the first to upload a memory!
Share A Memory
Send Flowers