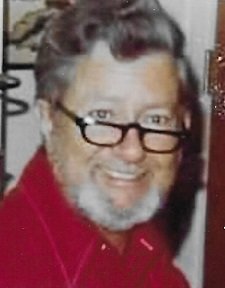 Funeral services will be held 2:00 p.m. Thursday, September 5, 2019 at Bring Funeral Home in Tucson, AZ. Burial will be on Friday, September 6th, 9:00 a.m. at the Arizona Veterans Memorial Cemetery in Marana, AZ.

Mac was born in Providence, RI to Charles and Harriet McCarthy on October 1, 1927. After high school he enlisted into the United States Air Force and proudly served his country during the Vietnam War. He married Gwendolyn Davies in 1962 but she died tragically in 1967, they had 4 children. On April 3, 1969 he married Dulcie D. Joy blending and growing their family over the course of the next 50 years. He retired from the Air Force in 1974 and made their home in Tucson, AZ where they raised their 8 children.

Mac is preceded in death by his parents and first wife. He is survived by his wife, Dulcie D. McCarthy, 8 children, Theresa, Alan, Glenn, Hugh, Katherine, Morgan, Gwenydd, and Susan, 19 grandchildren and 16 great-grandchildren.

Share Your Memory of
Andrew
Upload Your Memory View All Memories
Be the first to upload a memory!
Share A Memory
Send Flowers