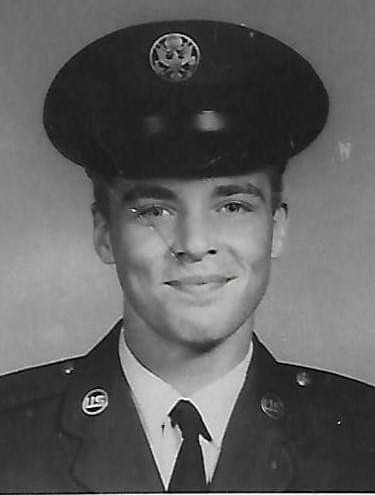 Christopher Neal Excell age 65, passed away Sunday August 24, 2019 at his home in Tucson, AZ. after a courageous battle with cancer. Chris was born on September 11, 1953, in Barrington, IL., the first-born son of the late Shirley and Richard Excell. Chris married his wife Linda (Van Steen) on January 16, 2016 in Tucson, AZ. Chris grew up in Barrington, a small town north of Chicago with his five brothers. Chris graduated from Barrington High School and  joined the Air Force. Chris’s career in the Air Force included extensive global travel to various countries. He was later based in Tucson, AZ and continued to work and live there until his retirement from the Air Force. He obtained his Associates Degree in Historical Literature.  Chris then worked at the Department of Defense and continued to work there until his passing. Chris loved his work with the Air Force and DOD, and had many friends that he worked with that he considered family. Chris's seemingly boundless energy and infectious positive attitude will be remembered and cherished by all who knew him. He brought a can-do and personal approach to every task and was liked by everyone with whom he came in contact.   His contributions to our great nation were immense between his active duty career and his years leading aircraft maintenance operations  at the Aerospace Maintenance and Regeneration Group. Chris served as a section supervisor in  both the QF-4 and QF-16 programs, leading teams in re- generating aircraft in support of the full scale aerial target program.  He was skilled at building camaraderie and ensuring all the members of his team felt valued - tieing them all to the critical defense department objectives they worked to support.   His loss will be felt by countless friends and he will be greatly missed.  He was an avid cyclist, hiker, enjoyed driving his classic Porsche, and was a loyal Cubs fan. He was a quiet warrior and a great brother, husband and friend. He loved  Van Morrison and Dylan and always smiled. He will be remembered for his great sense of humor and as a kind and compassionate man. Surviving family members include; his wife Linda (Tucson, AZ), his brothers; Tony/Carol (Bonita Springs, FL.), Greg/Melissa (McKinney, TX), Michell/Ayu (Naples, FL), Doug/Lisa (Indianapolis, IN), son Christopher and daughter in law Gini and his 2 grandsons Preston and Carter. several nieces & nephews, extended family and many friends. Chris was preceded in death by his Brother Nick (Cathy – Port Charlotte, FL ). A memorial service celebrating Chris’s life will be held on September 14th in Tucson, AZ.

Celebration of Life and Memorial Service

Share Your Memory of
Christopher
Upload Your Memory View All Memories
Be the first to upload a memory!
Share A Memory
Send Flowers