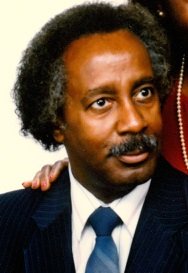 MJ graduated from Sumner High School in Kansas City, KA.  After graduation, he joined the US Air Force and retired after seven years as Master Sergeant. After the service, he founded his own ambulance company in San Antonia, Texas. MJ received a request to accept an appointment with the United States government as a Civil Service staff member.  He readily agreed and thus, began a career serving his country for more than 36 years.  This time span brought MJ many achievement awards, honor awards and appreciation awards.

MJ was raised in the African Methodist Episcopal Church (A.M.E. Church) and continued to live and honor the tenets of the church until his death.   He was asked by the Tucson mayor to serve on many commissions ranging from highway signage to safety for the Tucson citizens.  In retirement, MJ was active in the real estate business.

In later years, he focused on managing the treatment for the diseases he suffered from. He fought gallantly for many years and lost, but MJ never lost his beautiful personality and his sense of humor.

In lieu of flowers, the family requests donation to the charity of your choice involved in COPD, Coronary Heart Disease, Diabetes II, and Chronic Heart Failure research.

To send flowers to the family or plant a tree in memory of Maryland Donald, please visit Tribute Store
Monday
19
August

Share Your Memory of
Maryland
Upload Your Memory View All Memories
Be the first to upload a memory!
Share A Memory
Send Flowers