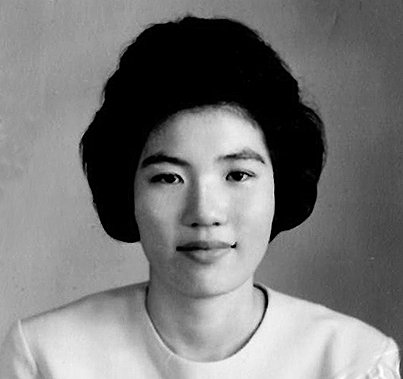 Chieko Casey, age 80, of Tucson, Arizona joined our Heavenly Father on Tuesday, July 23, 2019 after a short battle with cholangiocarcinoma.

Chieko Casey was born August 29, 1938, in Tokyo Japan to Ume and Suteichiro Hada. She was the eldest of four children (two sons, two daughters). While a young child, she experienced food shortages and air raids on Tokyo during WWII. After the war, she had lived a typical Japanese childhood. After graduating from public high school, Chieko worked at a club while continuing to studying English at the YMCA English school. In 1958, she was working at Fuchu Air Force Base when she met Robert Casey (Bob). They married in 1965.

As a military spouse, she followed him to Bossier Parish in Louisiana, Goosebay Canada, and Riverside California. Chieko and her daughters went back to Tokyo while Bob was in Vietnam. When Bob returned from Vietnam, the family was stationed in Spokane, Washington. Chieko and Bob were sent by the Air Force to Tucson, Arizona in 1973. Bob retired in Tucson and Chieko and Bob settled in Tucson, where they raised their family. She enjoyed singing, opera, playing piano, listening to classical violin and piano, shopping, and watching PBS (she enjoyed the musical performances as well as the British comedies).

Mom was a loving mother, wife, sister, and grandmother. She is survived by her daughters, Naomi Schaefer (Frank), Karen Mihina (Mike); five grandchildren, Kacie (Aaron), Frank, Samantha (Isaiah), Zoe and Lily; a great-grandchild, Isaac, and nieces and nephews in Japan.

Chieko was preceded in death by her husband, Bob, her parents, and her younger sister Kazuko.

To send flowers to the family or plant a tree in memory of Chieko Casey, please visit Tribute Store
Saturday
10
August

Share Your Memory of
Chieko
Upload Your Memory View All Memories
Be the first to upload a memory!
Share A Memory
Send Flowers