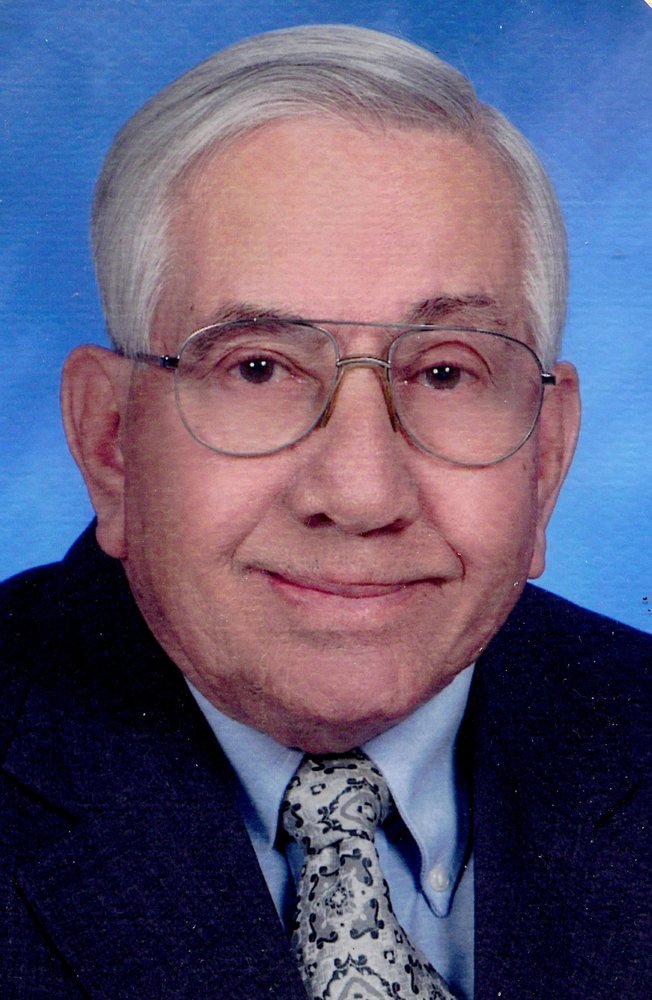 Pres E. Salaz passed away peacefully at home on July 6 in Tucson.

He was born on March 9, 1925 in Watrous, New Mexico.  After graduating high school in New Mexico, Pres served overseas in the US Army during World War II. He later attended Highlands University in Las Vegas, New Mexico. Pres worked at the Los Alamos National Laboratory in New Mexico for many years before moving to Tucson with his wife Mary Grace in 1979.

His love of coaching and sports when his sons were growing up led him to be a most enthusiastic  U of A Wildcats fan.  He was a member of St. Francis De Sales Catholic Church.

Visitation will be held from 5:00 to 8:00 PM with a Rosary to be recited at 7:00 PM on Wednesday July 10, 2019 at Bring's Broadway Chapel 6910 East Broadway Boulevard, Tucson. Funeral Mass will be offered at 10:00 AM Thursday July 11, 2019 at St. Francis De Sales Roman Catholic Church 1375 South Camino Seco, Tucson.  Interment with Military Honors will take place at 11:00 AM on Friday July 12, 2019 at the Arizona Veterans' Memorial Cemetery at Marana 15950 North Luckett Road Marana, Arizona.  In lieu of flowers, please make donations to St. Judes Children's Research Hospital.

To send flowers to the family or plant a tree in memory of Presciliano Salaz, please visit Tribute Store
Wednesday
10
July

Share Your Memory of
Presciliano
Upload Your Memory View All Memories
Be the first to upload a memory!
Share A Memory
Send Flowers