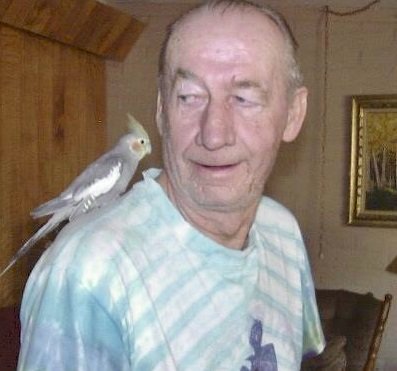 Donald “Don” Keith Russell, Sr, 79, of Tucson, Arizona passed away on May 17, 2019 surrounded by his family. He was born March 6, 1940 in Grampian, Pennsylvania and was the youngest son of Joseph and Pearl (Dunworth) Russell.

After graduating from Curwensville Area High School in 1958, Don began a 20 year career in the United States Army retiring as a Master Sergeant. After retirement from the Army, Don spent the next six years in his hometown of Grampian, working for Thomas Coal. In 1985 he went into business with family and later became full owner of Russell Paving in Tucson. After selling the company in 1994, Don continued to work for Russell Paving, BNR Asphalt and K&B Asphalt until his second retirement in 2007.

Don grew up with a love of music. He played guitar and many family members remember him sitting in his mother’s home playing for them. Later he would spend time playing in a bluegrass band called The Barbed Wire Choir. At the beginning of each performance he would introduce the band and fondly say they chose the name because they “were rough around the edges.”

A small reception will follow the service. Please email farewell.don.russell@gmail.com for location and information.

In lieu of flowers the family is requesting donations to be made to Wounded Warrior Project https://bit.ly/2WT2dj0 or

Share Your Memory of
Donald
Upload Your Memory View All Memories
Be the first to upload a memory!
Share A Memory
Send Flowers