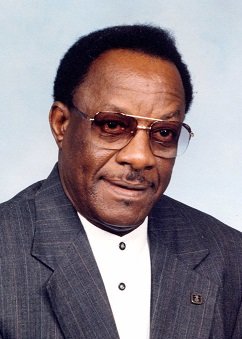 Arthur Mahatha Jr. 82, died May 2, 2019 in Tucson, Arizona.  His final days were spent at home surrounded by family and friends whom he had touched in some way during his life.  Arthur (Art or Buck) as many knew him was born on September 14, 1936 in Charlotte, North Carolina where he also grew up.  His father Arthur Mahatha Sr. (Sam) and his mother Georgia (Alexander) Mahatha preceded his death.  Art had an older sister, Virginia Broome who also preceded him in death.

In 1955 at the age of 18, Art enlisted in the United States Air Force.  He married Elaine V. Gordon in 1959 and to this union were born 3 children, Janine Elaine, Lana Kimiko and Stephen Wesley Arthur.  Stephen preceded his death in 1994.

There were many places of travel both in the US and abroad including service in Vietnam where he earned the Bronze Star Medal.  Art received many awards throughout his career.  Art retired from the military at Hanscom AFB in Massachusetts with 22 years of service.  His final move with the family was Tucson, Arizona in 1979.  He worked at Gates Learjet briefly before he was hired at the United States Post Office where he retired after 26 years of service.

Art enjoyed getting together with friends discussing politics, sports, etc.  His "second" job was at the casino where he spent many hours at the slots.  He was also an avid coin collector.

Art is survived by his companion Maraya Cassini, his children, Janine and Lana, grandson Chad, great granddaughters Kailey, Elyza and Courtnie, brother JW, sisters Blandina and Marie, nieces and nephews and many close and dear friends.

To send flowers to the family or plant a tree in memory of Arthur Mahatha, please visit Tribute Store
Thursday
30
May