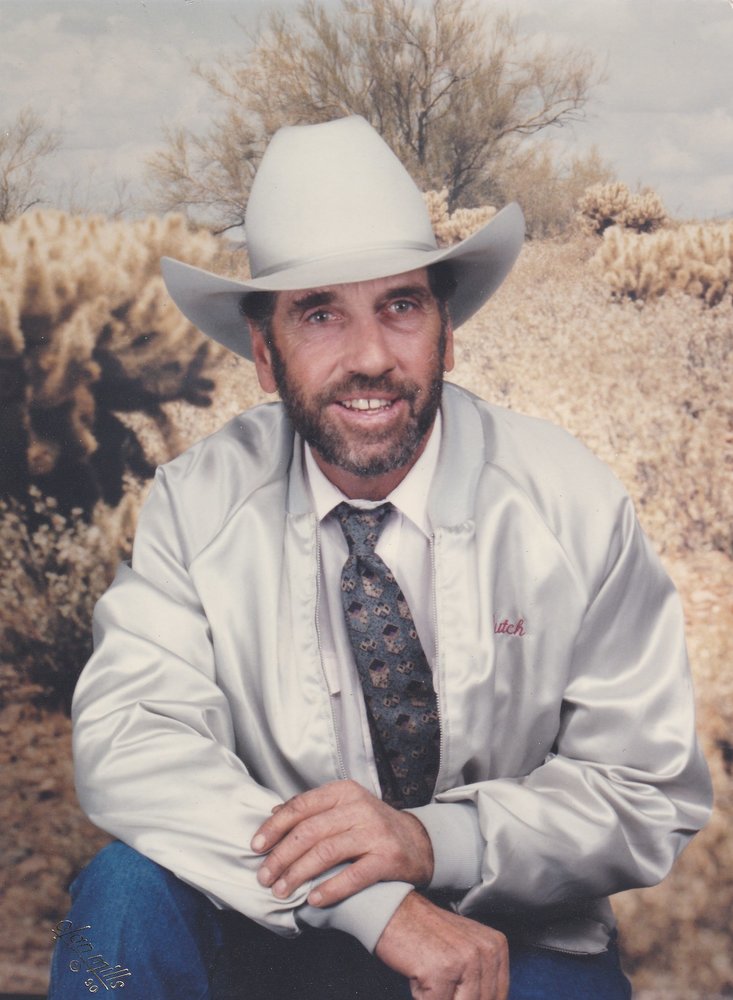 Bernard (Butch) Lutter, 71, of Tucson, Arizona was welcomed home to the Lord on

and raised on a cattle ranch in South Dakota. With almost his first breath he was a

cowboy. As a small child he was already riding his horse Midnight to school. He often

talked about riding his horse to school everyday, one could say, as Midnight was known

not to be very agreeable.

Survived by his loving wife of 44 years, Donna, his daughters, Trisha (DJ) Towanda-

Butch deeply loved the Lord, his family, his many friends, and his animals. He always

had a cheerful story to tell and never failed to offer a helping hand to those in need.

He was born to be a cowboy, with a passion for horses and spent most of his life

riding and training horses. He competed in carriage driving and rode with the U.S.

Marshall's Posse in Colorado and in addition participated in many parades. Butch was

very instrumental in putting on many Carriage Driving Events in Tucson. He did the

hard ground work and on occasion he competed...always to be cheered on as a crowd

companies, building houses and eventually owned his own excavating company.

Donna and Butch met because they shared a passion for flying small planes. Butch

loved his single engine tail draggers. He has taken his final flight to be with our lord.

In lieu of flowers, donations may be made to the Craig Hospital Foundation, 3425

productive life he enjoyed for so many years beyond his injury.

Viewing will be at 9:30 and Mass will follow at 10:00. Lunch will be provided following

Mass at the church hall.

To send flowers to the family or plant a tree in memory of Bernard Lutter, please visit Tribute Store
Print
Tuesday
23
April