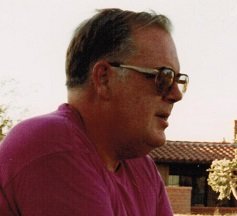 Robert Warren Janssen, 86, passed away on April 10, 2019. Bob was born on June 10, 1932 in Monee, Illinois. He was the son of John and Irene (Boeckman) Janssen. Bob graduated from Washington University in Saint Louis in 1954 with a degree in accounting. He then joined the United States Navy as a Lieutenant and served from 1955 through 1958 with an additional year in the naval reserve. He was a long time employee of the Milwaukee Road Railroad and resided in Chicago, Illinois. He bought and began restoration of a lovely home in the Alta Vista Terrace Historic District. He loved theater and generously invited his niece Sally to attend some productions with him. Bob had a lifelong passion for travel and visited many places in the company of dear friends Clint, Werner, Lynn, Bob and others. He loved Italy and joined his sister Audrey and her husband on a trip to Alaska. He also spent time in Japan, Russia, Sicily, Turkey, and Key West, Florida. Bob moved to Arizona upon his retirement, living in Green Valley and Tucson. He made many wonderful friends and often commented on how lucky he was to have met so many good people. He is survived by nieces Nancy (Robert) Rodriguez, Sally (David) Cotey and Judy (David) Schlack. He was preceded in death by his parents, his sister Audrey, friends Werner and Clint and his beloved dog, Pandora. Bob was a supporter of Community Food Bank of Southern Arizona. Memorial contributions can be made at: PO Box 551 Tucson, AZ 85702-0551,   https://www.communityfoodbank.org

To send flowers to the family or plant a tree in memory of Robert Janssen, please visit Tribute Store
Thursday
2
May