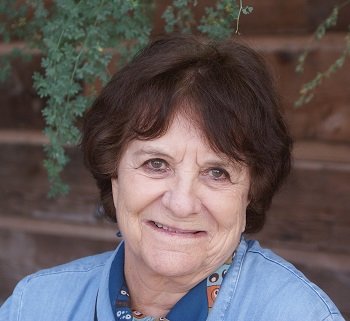 Maria Major of Pearce, Arizona, was born on January 28, 1933 in Magdalena, New Mexico to Malcolm and Lily Major. She passed away after a long battle with cancer at the Cascades of Tucson on March 9, 2019 at the age of 86. She is preceded in death by her husband, Martin Linsey, her parents, sisters, Gena Major, Alyce (Major) Zancanelli, Helen (Major) Graham and brothers, Duncan Major, Malcolm (Buddy) Major, Jr, and Kenneth (Sonny) Major and her first husband, Milton Simon.  She is survived by her four children, Pam (Simon) Sproul (Robbie) of Pearce, Arizona, Penny (Simon) Conway (Bill) of Tonto Basin, Arizona, Mark Simon (Mary) of Socorro, New Mexico, and Jay Simon (Tippi) of Florence, Arizona. She was most proud of her eight grandchildren, Shain Sproul, Tad Sproul and Mandy (Sproul) Niesen; Katy (Conway) Taylor and Kyle Conway; Casey Simon; Justin Simon and Chase Simon and her eleven great grandchildren: Makiah, Mayzee, Kelten, Steel, Caleb, Daylon, Kayson, Faith, Charis, Avery and Jaxon.  She is also survived by her sister Johanna  Major of  Albuquerque , New Mexico.

Maria was the seventh child of eight born to Malcolm and Lily Major in a small, two-room hospital in Magdalena, New Mexico. Within a few short days, she returned to the Rim Rock Ranch which is now part of the Laguna Indian Reservation and spent her early childhood there.  She would often tell stories of the Wild Mustangs running on the Mesas and how she had one of her very own.  The family moved to the Salt Ranch, west of Belen, New Mexico and her final Ranch Destination as a young girl would be Walsenburg Colorado at the Butte Mountain Ranch.   She was always a ranch girl at heart.

She attended elementary school in Magdalena and Belen, New Mexico and then six years at St. Mary’s Catholic School in Walsenburg, Colorado. She then went on to Loretto Heights Girls College in Denver, also New Mexico State in Las Cruces. She always gave due credit to the nuns, along with her parents, for her refinement and graciousness as a lady.

She met Milt Simon at a roping in Pueblo, CO and married him soon after. They moved to Limon, Colorado in 1954 where they lived 20+ years and had four children Pam, Penny, Mark, and Jay. They would escape the cold winters going south in the winter to either Texas or Arizona and in 1972 the family made the permanent move to Arizona.

Maria traveled to countless rodeos with all 4 kids loaded in a camper, 4 horses and a dog. To say she was a trooper is an understatement.  She loved to stop along the way to fish, sight see, and explore. She dearly loved the Rocky Mountains in Colorado and many summer trips to Canada. One of her favorite Mountain spots was Alder Creek, near Salida, CO where she brought many family members and friends over the years. There she loved to fish in the beaver ponds, listen to the mountain stream and sing songs around the camp fire.

In 1985 she met Martin Linsey and married him a few years later. They shared a common interest in painting and traveling. She took Martin on many adventures over the years, including cattle drives, Nana’s Nonsense Camps, and the construction of many houses she built along the way. She was happy to welcome Martin’s children, Bob, Dave and Liz, into her life and always enjoyed her time with them.

One of the highlights of her life were her grandkids. In 1989 she started Nana’s Nonsense Camp with her eight grandkids.  The first Nana’s Camp was at Elephant Butte Lake New Mexico. She took them on countless adventures, to waterparks, camping, and most important to her was her dress-up dinner so she could teach her grandchildren refinement and sophistication that was very important to her. Her final Nana’s Nonsense camp was July of 2018 where all the grandkids were able to attend this very special moment.

She was an accomplished artist, where her paintings today grace the walls not only of her family and friends, but many businesses and corporate entities as well. She loved music, composing songs, writing poetry, singing and playing her guitar. Her guitar went with her on camping trips, raft trips down the Grand Canyon, ski trips, cattle drives, weddings, bars, happy hours, and many more occasions.

Along with her other creative talents one of her favorite hobbies was designing and building homes.  Over the years she had built and remodeled over 30 custom homes.  Her children joked of how many times they had to move Mom, but once a project was done, she was on to the next.

Maria has never known a stranger and was always the go to person in the family.  She loved being there for each person who entered her life.  In her final stages of life, she was still impacting lives. She was an excellent listener and able to draw people out and draw them in. She will be greatly missed.  She led a fulfilled life with a tremendous amount of joy and adventure.