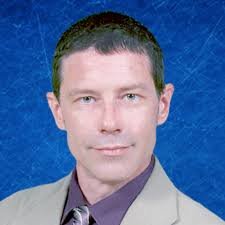 Hugh Andrew Dougherty, 48, a former resident of Lavelle, Pennsylvania, passed away on Wednesday March, 6th at his home in Tucson, Arizona.  Born August 23, 1970, Hugh was the son of Hugh and Lois Dougherty of Lavelle and a 1989 graduate of Cardinal Brennan High School.

As a young professional in Pennsylvania, Hugh started his career with local publications such as the Citizen Standard and Evening Herald. Hugh then launched An Scathan, an Irish newspaper where he served as co-owner and managing editor. During this time, Hugh published other works through his publishing company, Underbridge Enterprises.

After a few years, Hugh continued his professional career travelling throughout the country, working in Maryland, Virginia, North Carolina, Delaware, Florida, Alaska, Colorado, Texas, and Arizona.  Hugh also returned to Pennsylvania and did work for the National Watch and Clock Museum in Columbia. At the time of his death, he was working as Webmaster with Saddlebrooke One, in Tucson. Additionally, Hugh did freelance work and had many personal projects.

Hugh was preceded in death by his paternal grandparents, Bernard and Kathryn Dougherty, of Tuscarora, PA; and maternal grandfather, Elwood Fetterolf, of Ashland, PA.

Hugh enjoyed art, reading, being a Local Guide for Google, and working with his homeowners association.

Throughout his travels, Hughie, as many knew him, remained close with family in Pennsylvania and countless friends he met along the way. Hugh was principled, compassionate and tolerant. As a loving partner, he always put the needs of his significant other first. His genuine personality and clever wit will be missed by all.

Arrangements have been entrusted to Bring’s Broadway Chapel, 6910 Broadway Blvd, Tucson, AZ 85710 where a remembrance will be held on Monday, March 18th from 1pm - 3pm in the reception room. A celebration of Hugh’s life will also be held on Saturday March 23rd at Groody’s Catering Hall, 350 E. Centre St, Ashland, PA 17921. Family and friends may visit starting at 10:30am with a dinner at noon.

Celebration of The Life Of Hugh Andrew Dougherty

Share Your Memory of
Hugh
Upload Your Memory View All Memories
Be the first to upload a memory!
Share A Memory
Send Flowers