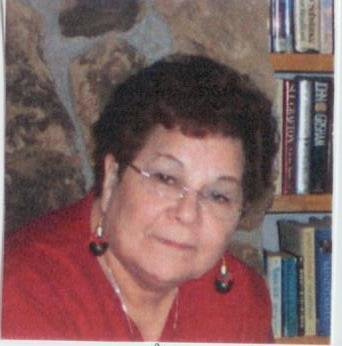 son David Jordan by her side at St Joseph Hospital, Tucson Arizona.

Chris was one of three children, Emily the oldest sister

She is survived by David her son, grandson Shane and brother Hank.

She he was preceded in death by her Mom and Dad, her sister Emily and her youngest son Michael.

Chris graduated from Pueblo High School and was a song leader for the Warriors her junior and senior year. After graduation she became an operator at Mountain Bell in Tucson and later married her former husband Gene Jordan. After spending several years in Europe she returned to Tucson and was hired by AT&T as an operator and retired after 25 years of service.

Chris loved her involvement in Red Hats, the AT&T girls, her book club and being involved in her HOA. She learned how to play Mahjong, never turn on her cell phone, and if you wanted to go to Village Inn for pie you never need mention it twice. Need brownies, cookies or cupcakes she never hesitated to volunteer. Chris loved her life, loved going to Wildcat Basketball games with her cousin Connie, and spending time with her grandson. She lived her life for today and only worried about tomorrow if she had plans.

Ashes will be placed along side her son Michael at Holy Hope Cemetery at 1:00PM.

To send flowers to the family or plant a tree in memory of Christine Jordan, please visit Tribute Store
Print
Monday
26
November