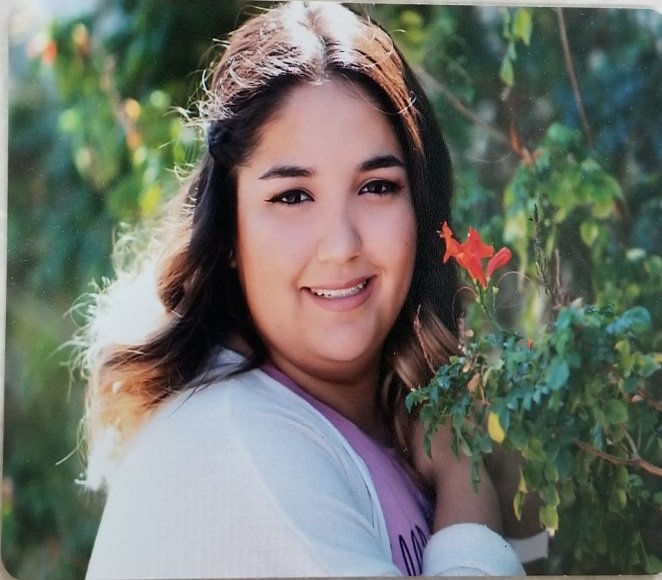 Arianna Nicole Baca, age 18, went to be with the Lord on 11-12-2018.  Arianna was born in Tucson, AZ, on June 24, 2000.  Arianna was a 2017 graduate of Palo Verde High School where she graduated a year early and Top 25 in her class.  Arianna grew up in Tucson and was highly academically successful.  She received many notable awards.  While at Palo Verde, she was a member of the Volleyball and Tennis teams.  Upon graduation, Arianna headed to DC on a paid scholarship to represent Arizona as part of the Washington Youth Tour.  While in DC she visited the national monuments, the White House and Congress, where she met with congressmen and learned the law making process.  Currently, she was a sophomore at Northern Arizona University in Flagstaff, Az., on a full scholarship studying Chemistry with a Forensics emphasis.  Arianna’s passion for service to others was displayed in her contributions to many local organizations.  She volunteered for Beads of Courage, packaging beads for ill children; Gospel Rescue Mission, feeding the homeless; and Wreaths Across America, laying wreaths at veteran’s graves during Christmas.  She was presently a mentor at NAU; mentoring incoming freshmen on campus.  Arianna was an avid AZ Cardinals fan and was able to attend many games to cheer her team on.  She loved country music, and along with her mother, together they attended countless concerts.  Summer vacations with family were spent at national parks.  Arianna visited 12 National Parks in Arizona, California, Utah and Colorado.  At the time of her passing, she had visited and experienced the most beautiful Arizona sunrise at Horseshoe Bend.  Arianna lived her life fearlessly, full of passion and eager for discovery. She was always two steps ahead of everyone else!   She made a positive impact in so many lives and did more in her 18 years than many will do in their lifetimes.  She is survived by her father Tim, her mother Elisa and her loving brother Alex. Also, her paternal grandparents, Jimmy and Della Baca of North Hurley, NM, maternal grandmother Trini Romero, of Bayard, NM, and numerous aunts, uncles, cousins and many friends.   A celebration of life will be held at Brings Funeral Home on Monday, November 19, 2018, at 11:00am.

To send flowers to the family or plant a tree in memory of Arianna Baca, please visit Tribute Store
Print
Monday
19
November