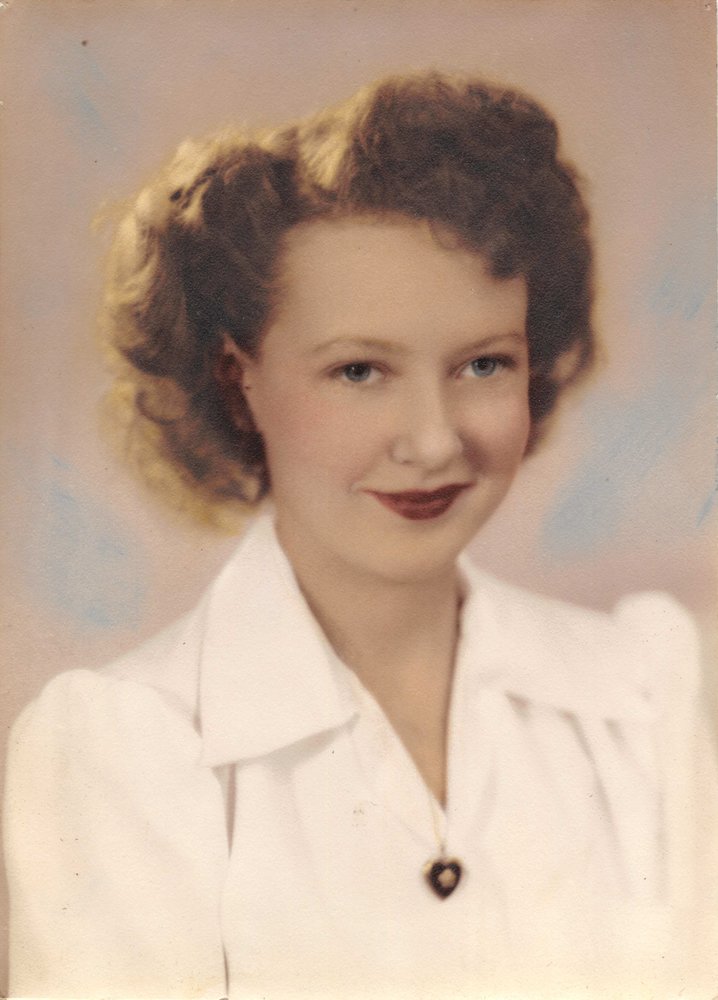 Georgia L. [Bird] Frink, age 93, passed away peacefully on September 7, 2018 at her home in Tucson AZ. She was born to Orlie “Buck” and Esther (Ellis) Warner. Georgia graduated from Mankato High School, Mankato KS, in the class of 1943 before heading to Southern California to meet her ship as it came in. Well, her ship was a part of the Naval fleet, and once her pen pal, Myron Bruce Bird, disembarked it was off to Tucson AZ to be married and then on to the future. After raising a family with Myron, and living in places such as New York, Kansas and eventually returning to Colorado (she was born in Loveland), Myron passed away in 1968.

Georgia kept busy. In addition to being an involved and loving Mom, she worked full time and was a member of Beta Sigma Phi for many years. It was through one of her sorority sisters that she met and married Dale Frink, and the fun continued. She took up the game of golf and belonged to the Hyland Hills Women’s Golf Assn. (in 1995 she made a hole in 1 on hole #5; awesome!); bowled on many leagues and participated in city, state and national tournaments; and played all kinds of games and other activities with her family. Camping and fishing were huge on the list throughout her life; where she found the time, who knows?

Georgia and Dale eventually moved from Denver CO to Tucson AZ, where after 36 years of marriage Dale passed away in 2006. Golf was still played, bowling was still an important part of her life, and a focus remained on family and friends. She lived a full and active life, and we will miss her dearly.

A graveside service will be held at 1 p.m. on Monday, October 22, 2018 at Grandview Cemetery in Fort Collins CO, and will be followed by a Celebration of Life.

A special thank you to the staff at Brookdale Senior Living East, for the wonderful experience over the past few years (“it’s like a cruise ship on land!”). And a heartfelt thank you of deepest appreciation to the team at Agape Hospice for their care and support.

In lieu of flowers, please consider a donation in memory of Georgia to the Alzheimer's Association or another charity of your choice.

To send flowers to the family or plant a tree in memory of Georgia Frink, please visit Tribute Store
Monday
22
October