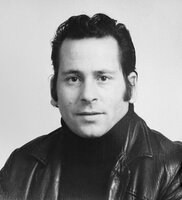 Peter Farruggia passed away on April 17, 2022 (Easter Sunday) at the age of 83. He was surrounded by his loving family.

He was born on June 5th 1938 in Valledolmo, Italy to his parents Salvatore & Lina Farruggia. As the oldest son he began working at a very young age to help support his family and as a young adult he helped to bring his family to the United States of America.

He spent his life working extremely hard in the construction industry to provide for his family. He had a passion for working with concrete.

Once retired he became appointed a 4th Knight at the Knights of Columbus.

He is survived by his wife of 56 years Sharon Farruggia and their three sons;  Salvatore, James (Jacquelyn) and Peter Jr. Three Grandsons Rocky, Salvatore G, and Joseph. One Grand-daughter Jamie and two Great Grand- Children

Followed by Funeral Procession to