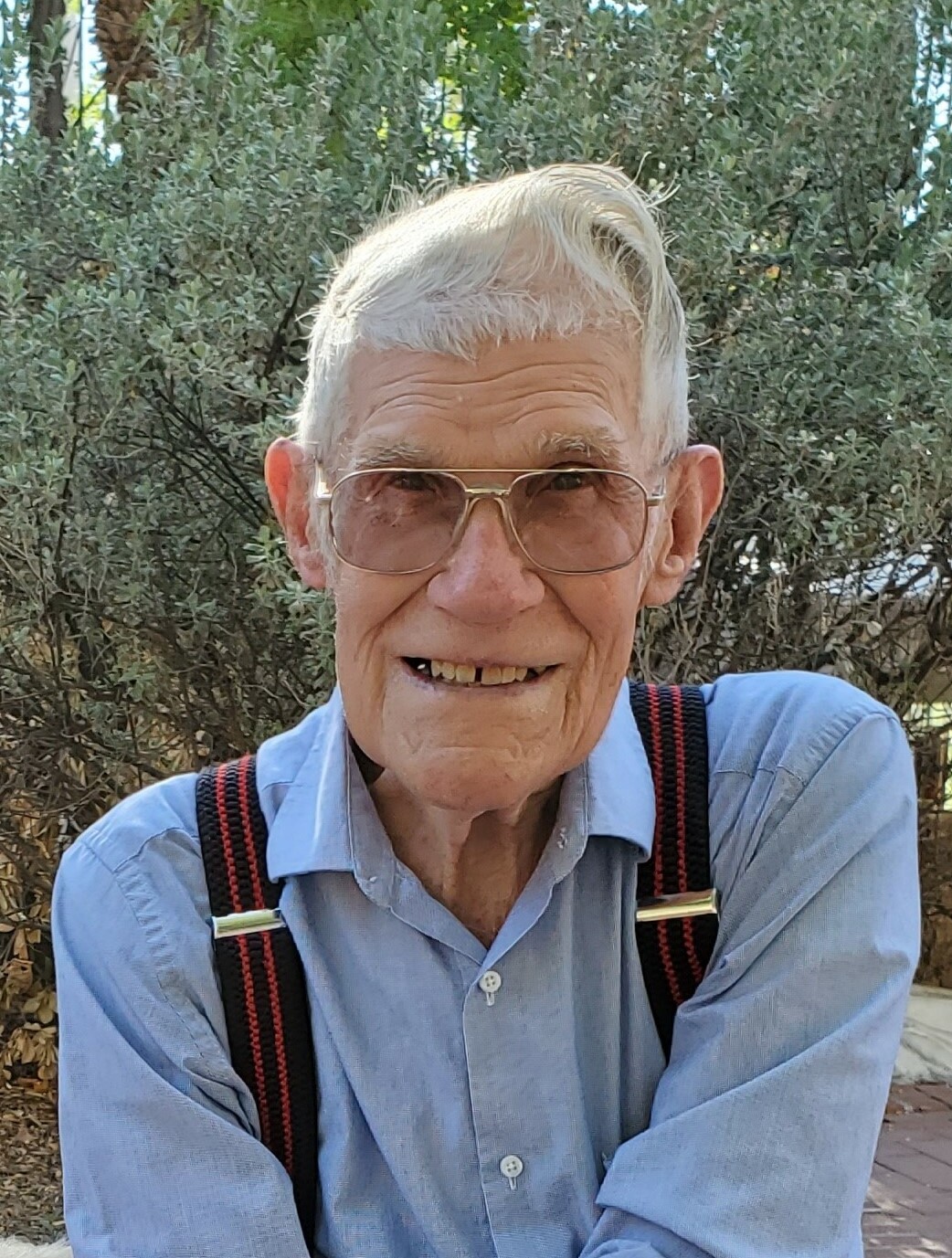 A wonderful man, deeply loved by his family and admired for his kind, good natured ways.

Son of Clara Thelma Schonebeck and Frederick Roland Newton, Vincin was born and raised in Richmond, Michigan.  He had two older brothers, Dwight F. Newton and Harry B. Newton that preceded him in death.

Vincin moved to Tucson, AZ with his parents in 1952.  He took work at his aunt’s restaurant downtown.  This is where he noticed the love of his life, Carole, who was waitressing down the street at the Walgreen’s restaurant.  He would see her walking by his aunt’s restaurant to catch the bus and thought she was beautiful.  He was captivated by her “big blue eyes.”  He asked Carole if he could give her a ride home.  She agreed and they began dating.  Prior to being drafted into the US Army, Vince proposed to Carole.  She said yes.

In 1953, Vincin was inducted into the United States Army. He served two years active service and 6 years in the Army Reserve. Working at the rank of Corporal, he was assigned to CO A 16th Sig Bn Corps as a pole lineman.

Vince was first stationed at Fort Ord then at Camp San Luis Obispo in California.  Carole took a bus from Tucson to the base and while she was only 17 years old, they were married on June 27, 1953, by the base chaplain.

Carole and Vince had six children.  Linda, who was lost to us when she passed away at only 19 years of age in 1973, Patricia (Patti), Sharon (Shari), Mark, Kimberly (Kim), John.  All, of which are fully aware that they had the best parents anyone could ever ask for.  Vince was a loving father who would do anything for his children.

Vincin loved Carole deeply and was by her side through good times, struggles and hardships.  He cared for her through a long battle with dementia and many physical injuries.  He was always there to support her and love her.  Their love spanned 67 years on this earth until Carole passed in 2020.  Their love will now continue for eternity.

Vincin worked as a telephone serviceman for 42 years.  Starting in 1952 for Mountain States Telephone and Telegraph Company as a lineman and spanning the many corporate buyouts, he ultimately retired from US West in 1994 as a Network Technician.  Vincin was the epitome of a “work ethic.”  He wasn’t the fastest, but he made sure the customer was satisfied and took great pride in that.  He received many letters of recognition for his efforts.  As he spent much of his time scaling telephone poles about town, his pole climbing hooks were bronzed quoting “These hooks have seen more timber than a national forest.”

Anyone who knew Vincin Newton can tell you what kind of a man he was.  It was obvious to all who came into contact with him.  He was the kindest soul one could imagine in a world that can be unkind.  Vince always had a smile, a chuckle, and a good word for people.

Vince loved the old country western music and love watching old westerns on TV.  He loved his sports.  Cheering on the U of A Wildcats, yet always faithful to the University of Michigan Wolverines.

He loved keeping his home in order, both inside and out.  Even at 89 years old, you could find Vince on his knees in the back yard picking weeds by hand, keeping his property looking good.   He loved to feed and water the neighborhood birds daily.   He was a Sudoku fanatic, working puzzles every day.

Vincin was a man of faith, attending church every Sunday.

Vincin is reunited with his soulmate Carole who passed in 2020 and his firstborn daughter Linda who passed in 1973, his parents and brothers and Carole’s family, all who preceded him in death.

Dad, we cannot express the depths of our love for you, as there are no words.  It is in our hearts and in your heart.   Until we meet again, our precious “Dad,” “Pa,” “Pormst,” we will miss you and love you every day.