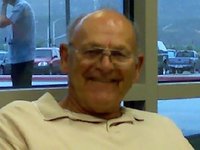 on February 28, 1949.  Together they traveled through many

states including CA, WI, FL &AZ.  Though the years Harry had

donut man.  In November of 1961, while owning the coffee shop

in Tomah, WI, Harry and Mary joined 6 others in

Harry is survived by many family and friends in the USA and Canada.  We share good memories, thoughts, and prayers with all.

Harry will travel home to Wisconsin to be buried next to wife, Mary, at Pine Grove Cemetery, Village of Cameron, WI, on May 16th, 2021, Sunday, at 2 pm in the afternoon.  Daughter, Carol Anne Kubista, will also be interned on the same day in the same cemetery. Light snacks to follow.