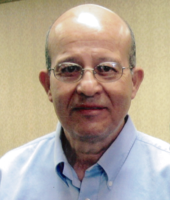 Raul was born in Morenci, Arizona on June 6, 1948 to Ascencion and Virginia Rios. Raul is the oldest son of four siblings. He attended Morenci High School and Northern Arizona University. Raul served in the U.S. Army and was stationed in Germany. He met and married his wife Cecelia on June 5, 1970 and they have been married for 49 years. He worked for the State of Arizona and retired in 2004. He was an active member of the American Legion Post 95 located in Solomon, Arizona.

Ascension, his father, and Thomas, his brother, preceded him in death.

He is survived by his wife, Cecelia Rios of Tucson, his son, Raul Rios II of West Hollywood, his mother, Virginia Rios of Solomon, his two brothers, Frank Rios of Queen Creek and Anthony David Rios of Marana, and numerous nieces and nephews.